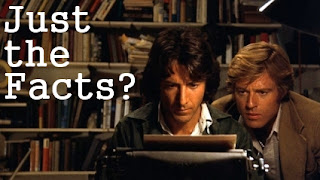 Push to make 'black magic' a crime in Indonesia

Travellers to Indonesia beware: smuggling drugs will still earn you jail time but, if an official draft of the country's new criminal code becomes law, witches and people practising "black magic", even adulterers and those living together outside wedlock, may also be locked away.

The new draft law is meant to modernise Indonesia's 1918 Criminal Code, which was last updated in 1958, but some of its proposals constitute a big step back to the Middle Ages.

In a country where many people earnestly believe that they could be killed, injured or robbed by a sorcerer using black magic, that crime will, for the first time, become part of the criminal law.

News portal Detik.com reported late on Thursday that people guilty of using black magic to cause "someone's illness, death, mental or physical suffering", face up to five years in jail or 300 million rupiah ($A31,000) in fines.

Even claiming to have the power to cast dark spells would become a criminal offence, and if the magic was performed for financial gain, the penalty would increase by one-third. "White" magic would remain legal.

Commentators quoted in the Jakarta Globe newspaper agreed it may be difficult to gather hard evidence for these offences.

The new criminal code, which was drafted by the country's Ministry of Justice and Human Rights and circulated this week to parliamentarians, is also informed by the growing sense of religious puritanism in Indonesia, and so takes a much stronger line on moral "offences". Indonesian law has long contained criminal sanctions against adultery, but in the new 500-page draft, the penalties are beefed up considerably – now those caught straying outside the marital bed may find themselves spending up to five years on a prison pallet.

Ministry spokesman Goncang Raharjo said the existing maximum penalty for adultery of nine months had failed to stop the practice, so "we increased the sanctions to prevent people from easily committing adultery".

Living together outside wedlock would also be criminalised for the first time, earning cohabiters up to one year in jail, and putting it on a par with prostitution.

All the provisions in the new law, including those related to the dark arts, were included for the good of the people, the ministry insisted. Khatibul Umam Wiranu, an MP from president Susilo Bambang Yudhoyono's Democrat Party, agreed with the new proposals when contacted by the Jakarta Globe, but said of witchcraft that charges should be "based on fact finding, not [just] on someone's statement".

As for adultery, it was "the beginning of many social problems", so the sentence "should deter offenders, [and] nine months is not long enough". Five years, however, was "too long", he said.

The law contains 766 articles across the gamut of criminal and immoral activity. But before becoming law, it must pass through the country's House of Representatives, where it could potentially pick up significant amendments. - SMH

Alamogordo, New Mexico would be the location of a UFO encounter involving Air Force Sergeant Charles L. Moody on August 13, 1975. Moody was in the desert observing a meteor shower at about 1:15 A.M. when he saw a glowing, metallic, disk-shaped object falling toward the ground about 300 feet away.

Then it began moving slowly and steadily toward Moody. He jumped into his car but was unable to start it. The UFO came to a stop about seventy feet away. Moody could hear a high-pitched humming sound. He noticed a rectangular window in the craft through which he could see shadows resembling human forms. The noise stopped and he felt a numbness crawling over his body.

The next thing he would remember was seeing the object rising up into the sky and disappearing into the distance.

Moody turned the ignition key and his car started immediately. Terrified, he drove off quickly. When he arrived home, he noticed, to his surprise, that the time was 3:00 A. M. He felt that he had somehow lost about one and a half hours. The following day Moody experienced a pain in his lower back.

Within a few days, a rash broke out over his lower body. Upon the recommendation of a physician, he began to practice self-hypnosis in an effort to recall what had occurred during the lost time period.

Over the next few weeks, he was able to piece together an almost complete picture of the events. According to Moody’s subsequent recollection, after being overcome by numbness on August 13, 1975, he had observed two beings approaching his car.

About six feet tall, the creatures wore skintight black clothing. After a brief scuffle with them, he was rendered unconscious. He awoke on a slab inside the craft. His limbs felt leaden and immovable. Next to him stood the alien leader.

The latter was distinguishable from Moody’s two captors by his short stature of about five feet, and the silvery white color of his suit. However, like the others he had a large hairless head, a protruding brow, roundish eyes, small ears and nose, and very thin lips. His skin was whitish-gray.

The leader asked Moody telepathically if he was prepared to behave peacefully. When Moody agreed to do so, the leader applied a rodlike device to his back which relieved the paralysis.

Moody was taken to another part of the ship where he was shown the drive unit, a device consisting of a large rod surrounded by three glass-canopied holes. Each hole contained a central crystalline object with one rod on each side of it. One rod had a spherical head, while the other was topped by a T-bar.

As he moved about the craft, Moody noticed a sweet, stifling odor. He was told that the alien mother ship was situated miles away above Earth. He was promised a future meeting with the occupants but warned that closer contact with Earth men would not be attempted for another twenty years.

The aliens told Moody that he would have no recollection of the incident until about two weeks later. The leader placed his hands on the sides of Moody’s head, rendering him unconscious once more.

An analysis of Moody’s claims by Charles McQuiston, co-inventor of the Psychological Stress Evaluator, indicated that he was telling the truth. Investigator Jim Lorenzen, however, questions a couple of contradictions in Moody’s accounts of the incident. In an early telling, Moody related that the alien mother ship was located 400 miles above Earth.

Later, however, he said it was 6,000 miles away. Another point which Lorenzen notes is that Moody at one time referred to his two captors as frail creatures, yet later described them as being six feet tall. - World UFO Photos and News 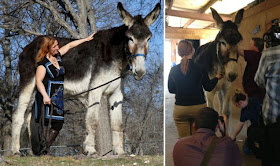 Romulus the Donkey, who lives in Waxahachie, Texas (pictured with his owner Cara Yellott) is set to beat the Guinness World Record as the World's Tallest Donkey. Measured by a local vet in Texas, Romulus is an incredible 68 inches tall, 2 inches taller than previous holder Oklahoma Sam.

It is necessary for people everywhere to understand that covert extraterrestrial takeover has been actively going on for some time. There have been visitations throughout human history, but nothing of this magnitude.

The visitation in our world now is self-serving and very extensive, so much so that people in all parts of the world are witnessing it and are experiencing its effects directly.

The visitors are here to gain humanity’s allegiance. They do not want to destroy human establishments or the human presence. Instead, they wish to use these for their own benefit. Their intention is employment, not destruction.

Alien Invasion and Other Inconveniences

Police in the Brazilian city of Sao Paulo are baffled by a macabre puzzle: someone has been leaving gift-wrapped human skulls around town.

The first skull in cherry-red wrapping was found on February 20 in a planter near a residential building downtown. Since then, seven others have been found near Mormon temples or consulates, including those for Russia, the Czech Republic and South Africa. The skulls are old, with traces of dirt.

Verduraz says security cameras captured images of a woman in an ankle-length skirt leaving the skulls, which seem old, with traces of dirt. He thinks this may be part of some sort of ritual. - Bay News 9