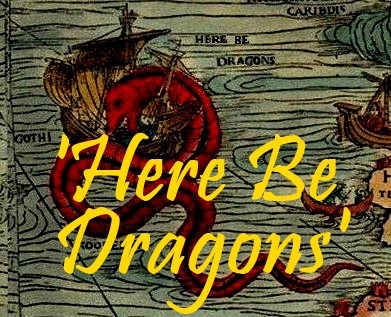 On 2/20/13, I conducted a new radio interview with Joe Montaldo, head of ICAR and the host of "UFO undercover": http://paranormalradionetwork.org/2013/02/20/ufo-undercover-guest-x-new-orleans-police-officer-talking-about-his-reptilian-experiences-while-on-the-force-during-hurricane-katrina-inside-one-of-our-local-malls-doing-training-exercises.aspx This is the most comprehensive interview on the topic of my reptilian abductions, thus far. We managed to speak for almost 2 hours. (Note: there is a long news/promo intro, and the program itself does not begin until 12 mins in). Mr Montaldo was able to share relevant info from the dozens of other people who were involved in my 2005 mass abduction. Many of these other abductees, along with myself, were used to help train these reptilians in crowd control. And a large number of them were also were also working in military/police fields. At the time, I was an officer on the New Orleans police. During the course of the program, there are several instances where our phone and internet connections experience strange interference. This even resulted in my phone being disconnected several times, despite the fact that I had a five bar perfect 4g signal. Joe himself testifies to some of the obtuse internet and phone issues he has experienced in the course of dealing with abductees. I have spoken more in depth about these issues in my previous articles on the Phantoms & Monsters blog. The latest article is here http://naturalplane.blogspot.com/2013/02/infernal-machine-reptilian-alien.html. It links to the article prior to it, which itself includes an index link to all my previous articles.

In response to this interview, I received an interesting email from another reptilian abductee. Apparently, the reptilians left an odd symbol on her fence. It took her some time to find the identity of the symbol. She eventually discovered it was the African dogon tribe's "sigil" representation of the reptilians from Sirius. In my 2003 abduction, as I discuss in the interview, I had a symbol representing the constellation Draco drawn on the hood of my car. These seem to be messages regarding our specific individual lineages. Reptilians often inform their abductees that they are descended from reptilian bloodlines. They are very specific about the nature of this pedigree. So specific, that they are able to determine which abductees is from what reptilian family line. Joe Montaldo actually did a show on this topic a few years ago http://www.youtube.com/watch?v=EiuTqCDE0zY. One of my past articles, published here in July, also dealt with this specific issue: http://naturalplane.blogspot.com/2012/07/grails-snakes-and-test-tubes.html. This article also contains a full correspondence with the same abductee who received the “sigil” mark.

One of the predominant issues in my interview concerned the notion that reptilians have an interest in preparing for crowd control. This extends beyond the "shopping mall" training scenario. Even my 2003 abduction was in a convenience store, with functional fluorescent lighting. These assertions have brought some degree of derision and reflexive skepticism. But, the fact remains that reptilians have been seen used as "security" in numerous abductions. They have been witnessed as employed in this role by greys, and even some human looking E.T.s. Artist David Chace has drawn numerous reptilian abduction accounts, for decades. He has an active thread at concept art forums http://www.conceptart.org/showthread.php?136530-Dahami-s-Reptoids-and-Aliens, and recently gave an in depth interview http://www.examiner.com/article/alien-artist-david-chace-on-positive-reptilian-public-relations-and-ufology. Here are 2 of his renditions of reptilians that were seen serving in a security role, aboard a large multi-species space station. Note the level of extreme, and somewhat anachronistic, militarism in their armor and equipment. ( http://tinypic.com/r/vfz62r/6 http://tinypic.com/r/x5to5e/6 ) - 3 inch diameter clubs, and near full suits of armor? And this was in a relatively quiet facility, mostly filled with greys and humanoids. This reminds me of the reptilian's use of those laser backpacks in the herding of humans, in the simulated 2005 mall riot. The noise, sparks and shrapnel were a step up over rubber bullets and tear gas.

As something of a "warrior culture", reptilians seem to operate at a different level than what modern humans are accustomed to. It's almost like something out of the middle ages, or even bronze age warrior societies. This is highlighted by instances where reptilians have engaged in biting behavior. This happened to another abductee at the 2005 mall abduction,and it also occurred in my 2003 abduction. As we discuss in the interview, reptilians have enough jaw control to cause severe bruising with these nips, without breaking the skin. This sort of behavior is also seen in earth canines, which are able to nip with just enough force to assert dominance, without drawing blood. Admittedly, it is extremely intimidating to see. They lunge very quickly, and accurately. I can see how it may be useful in intimidation of unruly crowds. It certainly is a deterrent against trying to tackle or wrestle them, as I learned the hard way in my 2003 initiation. I'd rather be struck by a baton,then get slammed by another bite like that. It was like diving into a shallow lake, and landing your collarbone on a rock.

It's not that large a leap to move from security mercenary, to crowd control and full policing. Recently , in Italy, the mercenary organization formerly known as blackwater was brought in to counteract rioters http://darkernet.in/greece-blackwater-mercenaries-guarding-govt-and-overseeing-police-coup-feared/. Blackwater was used in Katrina, but not until weeks after the unrest largely died down. In this case, they are being deployed to intentionally battle rioters. So we now have a clear pattern of escalation. In the case of the reptilians, its hard to determine who came up with the civilian policing idea. Was it elements in our own government who requested their preparation? Or was it the reptilians who promoted themselves as able to take on such a role?

Based on what abductee Ken Bakeman saw, reptilians were first used in joint operations between our government, and the greys in the 1960's (http://www.kenbakeman.com/reptilian_index.html). At that time, the reps were being used by greys as mercenaries. Our government's dealings with the greys led to us having to interact with reptilians. But, in the late 1970's, some reptilians started being used directly in some of these government operations. And by 1990, they were actually using some to supervise crash retrieval.
http://www.kenbakeman.com/auxiliary_12.html. This runs parallel to what we've seen in the human military, over the past 15 yrs. Before 9-11, the CIA did not publicly work with mercenary groups. Now, its a known common practice. It evolved from a loose association into a professional relationship, over time. Just recently, the founder of Blackwater detailed his close operational linkage with the CIA (http://www.thedailybeast.com/articles/2013/03/14/exclusive-erik-prince-on-blackwater-s-secret-cia-past.html) As of this moment, the notion of reptilians being used in policing operations seems far fetched to some. But, how quickly will it too become "common practice"?

Of all the types of races visiting earth (Nordic, grey, mantis, reptilian) the reptilians appear to be the ones best suited to this work. Their particular history, culture, and physiology simply fits this role better than any other species. These reptilian "Dragons" have a long tradition of projecting dominance and fear, throughout the globe. In order to re-assert their relevance in the modern world, they are preparing to escalate their presence to a legitimate institution. We are not the first species to fall within the sphere of this protection "service", and we won't be the last. But, we only have our own instability to blame for attracting their interest. Can anyone argue that their is too much stability in the world today? Based on the direction things are headed, we may see reptilians used worldwide, very soon. How many times have we seen violent crowds overwhelm police? It is happening all over the planet, with more frequency than ever. It is not a matter of if the "powers that be" allow reptilian deployment, it is only a matter of when.

As a side note, I did have a new experience a few nights ago. I woke at around 3:40 am, on March 16th, in my bed. For some reason, I felt compelled to rise up. I sleep on my stomach, so I was starting to turn as I elevated myself. When I was only elevated at about a 45 degree angle, I heard a loud hissing at the foot of my bed. I froze. Whatever reptilian was off in the darkness seemed to have been startled by my sudden movement. I felt an unusually strong amount of disorientation and fatigue. Because of the amount of fear and anxiety I detected in the tone of that hiss, I decided to slowly descend back to my pillow. I didn't even risk trying to make eye contact, because it sounded like it was prepared to attack. Within 20 minutes, I was asleep again. Its hard to call this sleep paralysis, because I had full muscle control. Based on the height of the origin of the hiss, this reptilian seemed to be on the shorter side. It couldn't have been over 5 1/2 feet. Was it possibly one of those smaller adolescent reptilians that are sometimes sent to grab, and return, abductees? If so, there may have been several of them. As many abductees have attested to, younger reptilians travel in groups, for safety. And, it sometimes takes several of them to lift, or forcibly escort, an abductee for transport.

The next few days after this incident, I was unusually anxious. As in a few past abductions, my stomach and senses seemed to be unusually sensitive. I also had completely unexplainable bouts of anger. As I have detailed in past articles, this aggression amplification issue is a common side effect from reptilian abductions. Based on what reptilians have told numerous abductees, this is a result of gene therapy treatments. These procedures activate, and repair, recessive reptilian alien DNA. Reptilians naturally have a higher aggression response, and they can’t avoid imbuing this characteristic when they activate these recessive genes. As Joe Montaldo himself has said, reptilians only abduct humans who have traces of the reptilian hybrid bloodlines they created. There are many other researchers who have come to this same realization. I believe I may have been subjected to yet another one of these gene treatments, based on this new bout of symptoms. I still haven't returned to full equilibrium. In past abductions, it has sometimes taken a full week to feel somewhat functional again. For more info on these gene treatment procedures, you can read these previous articles I've written on the topic (http://naturalplane.blogspot.com/2012/07/grails-snakes-and-test-tubes.html and http://naturalplane.blogspot.com/2012/02/update-abductee-exposes-reptilian.html). In the course of the 2nd article, I talk about another "bedside reptilian" encounter from 2011. That incident is also covered within the interview.

If you are a journalist, producer, or researcher, you can contact me at circlepanama@gmail.com

NOTE: I do not endorse or impugn any of the narrative posted by the author. It has been posted solely as the opinion of the author without any input by myself (unless I was quoted). The narrative has been published, as received, without any edits. I will state that I believe that there are other humanoid beings living among us, either alien species or entities bio-engineered from terrestrial lifeforms. Beyond my statement you are left to your own conclusions...Lon

Children of the Matrix: How an Interdimensional Race has Controlled the World for Thousands of Years-and Still Does

A New Order Of The Ages: Volume One: A Metaphysical Blueprint Of Reality And An Exposé On Powerful Reptilian/Aryan Bloodlines

Flying Serpents and Dragons: The Story of Mankind's Reptilian Past