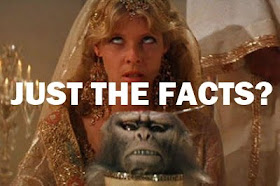 Iran has successfully sent a monkey into space and back as part of its preparations for a manned space flight. The primate was sent up in an Explorer rocket to a height of 120km, according to Al-Alam TV.

"Iran successfully launched a capsule, codenamed Pishgam (Pioneer), containing a monkey and recovered the shipment on the ground intact," the Defense Ministry's aerospace department said in a statement.

A previous attempt to send a monkey into space failed in 2011. Tehran did, however, successfully launch a rocket carrying a mouse, a turtle, and multiple worms in 2010.

Iran says Monday’s mission is in preparation of sending a man into space in the year 2020, but the US and its allies worry that technology from the space program could be used to develop long-range missiles which could potentially be armed with nuclear warheads.

Iran also says it wants to put its own satellites into orbit to monitor natural disasters, improve telecommunications and expand military surveillance in the region. The country has announced several successful launches of satellites in the past, dating back to 2005 in a joint project with Russia. - RT

What does it mean?

Medina, Tennessee - 10/1/2008 - unedited: I woke up in the street. I gathered myself...and felt extremely disoriented. Very similar to how it feels to wake up from surgery. I began to walk back towards my house. I wasnt really thinking. I was scared. And didnt really try to figure out why I was in the street. I just wanted to get back into my house. I entered the front yard. There was a large tree to my right that stands about...three or four stories high. A pecan tree. Something jumped out of the tree. I should have just ran past it. But I was afraid. I ran the other direction...I turned down a couple roads. I had only lived here for a few months. I didnt know the layout of the town well. I had no idea where I was going...I knocked on someones door. Beat on it actually. I screamed but no one came out of their houses. I knocked on someone elses door. Nothing happened. What ever came out of that tree....there was more of them. Everywhere. I couldnt see them. But I heard them following me. I got on the roof of the garage of the second door I knocked on. I was able to do this because there was a truck in the driveway and the roof began at a low slant. Once I got on the roof I saw a bright light. Then woke up in my bed. I had a vague memory of seeing a bright light through my window. Im scare to investigate this. I thought it was a dream. Now I am unsure. Ive been doing a lot of research and a lot of sources say that they are often remembered as dreams. I...am not sure. Ive been seriously considering hypnotherapy for this event and the event of case number 45370. Im afraid of what Ill find. Ive sent MUFON an Email but they have not replied. A friend of mine has had a relationship with these entities. They approached him one night while he was asleep in a lawn chair in his backyard (he smoked outside and it was late at night). One of these things apparently gripped his shoulders and pushed him down into a chair. While two others walked out in front of him. They told him to pull out his phone and record. He showed us the bruises on his shoulders. The message he recorded was meant for me (thats what he said). I have attached it. I broke it into three parts. The third part is where he drops the phone. I just want to know what all of this means. - MUFON CMS

Divine Encounters: A Guide to Visions, Angels, and Other Emissaries

'Living Wire' Can Heal Itself When Cut

In the classic sci-fi film "2001: A Space Odyssey," the evil computer Hal 9000 is finally defeated when a courageous scientist disconnects Hal's internal processing units. But if researchers from North Carolina State University in Raleigh succeed in bringing their self-healing wire to market, Hal could live again.

Their electricity-conducting live wire contains a core of liquid metal — a fluid alloy of gallium and indium — according to Gizmag.com. The liquid is housed within a polymer sheath that's also stretchable, giving the wire some additional functionality.

If the wire is cut, the liquid alloy oxidizes, forming a hard crust. "Think of it in the same way the blood clots to create a scab so we don't bleed to death when we're cut," Treehugger.com reports.

But beneath its outer crust, the alloy is still liquid and retains its ability to conduct electricity. When the two severed ends of the wire are joined together, the alloy's electrical connection is restored.

The liquid alloy isn't the only amazing thing about this wire: The outer polymer sheath is also self-healing. When two severed ends are placed against one another, "the sheath re-forms its molecular bonds," according to an NCSU press release.

As the above video shows, about 10 minutes after rejoining, the severed wire cannot be pulled apart again at the cut point.

The NCSU researchers' report in the journal Advanced Materials describes how the self-healing wire isn't limited to your standard two-way connections. "By cutting the channels strategically, the pieces can be re-assembled in a different order to form complex microfluidic networks in 2D or 3D space."

Researchers hope the wire will be useful in extreme conditions where repairing standard wires is difficult, expensive or dangerous — such as, perhaps, the insides of an evil computer named Hal. - Live Science 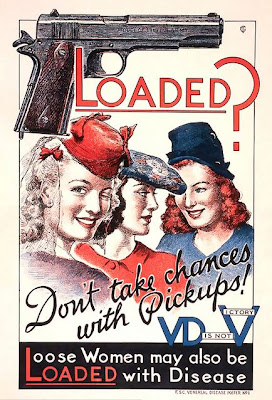 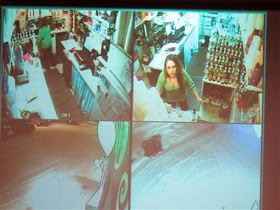 The suspect, hands and feet shackled, fidgeted in his chair, chuckling at times as he confessed to a brutal killing.

Israel Keyes showed no remorse as he described in merciless detail how he'd abducted and strangled an 18-year-old woman, then demanded ransom, pretending she was alive. As the two prosecutors questioned him, they were struck by his demeanor: He seemed pumped up, as if he were reliving the crime. His body shook, they said, and he rubbed his muscular arms on the chair rests so vigorously his handcuffs scraped off the wood finish.

The prosecutors had acceded to Keyes' requests: a cup of Americano coffee, a peanut butter Snickers and a cigar (for later). Then they showed him surveillance photos, looked him in the eye and declared: We know you kidnapped Samantha Koenig. We're going to convict you.

They aimed to solve a disappearance, and they did. But they soon realized there was much more here: a kind of evil they'd never anticipated.

Confessing to Koenig's killing, Keyes used a Google map to point to a spot on a lake where he'd disposed of her dismembered body and gone ice fishing at the same time. He wasn't done talking, though. He declared he'd been "two different people" for 14 years. He had stories to tell, stories he said he'd never shared. He made seemingly plural references and chilling remarks such as, "It takes a long time to strangle someone."

As prosecutors Kevin Feldis and Frank Russo and investigators from the FBI and Anchorage police listened that day in early 2012, they came to a consensus:

In 40 hours of interviews over eight months, Keyes talked of many killings; authorities believe there were nearly a dozen. He traveled from Vermont to Alaska hunting for victims. He said he buried "murder kits" around the country so they would be readily accessible. These caches — containing guns, zip ties and other supplies used to dispose of bodies — were found in Alaska and New York.

At the same time, incredibly, Keyes was an under-the-radar everyday citizen — a father, a live-in boyfriend, a respected handyman who had no trouble finding jobs in the community.

Keyes claimed he killed four people in Washington state, dumped another body in New York and raped a teen in Oregon. He said he robbed banks to help finance his crimes; authorities corroborated two robberies in New York and Texas. He confessed to burning down a house in Texas, contentedly watching the flames from a distance.

Though sometimes specific, he was often frustratingly vague. Only once — other than Koenig — did he identify by name his victims: a married couple in Vermont.

Israel Keyes wanted to be in control. Of his crimes. Of how much he revealed. And, ultimately, of his fate.

In December, he slashed his left wrist and strangled himself with a sheet in his jail cell. He left two pages of bloodstained writings. And many questions.

Investigators are now left searching for answers, but they face a daunting task: They're convinced the 34-year-old Keyes was a serial killer; they've verified many details he provided. But they have a puzzle that spans the U.S. and dips into Mexico and Canada — and the one person who held the missing pieces is dead. FBI agents on opposite ends of the country, joined by others, are working the case, hoping a timeline will offer clues to his grisly odyssey. Continue reading at Big Story
Lon Strickler at 4:27 PM
Share
‹
›
Home
View web version