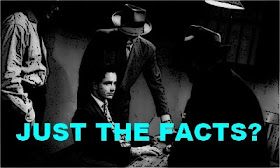 In an interview with ABC News's Christiane Amanpour, Mr Ballard explains that he investigated a theory proposed by two scientists from Columbia University that there was a massive flood in the Black Sea region. They believe that the Black Sea was once an isolated freshwater lake surrounded by farmland until it was flooded by a torrent of water.

"We went in there to look for the flood," he told ABC News. "Not just a slow moving, advancing rise of sea level, but a really big flood that then stayed ... The land that went under stayed under."

Although they did not find the Ark, they found an ancient shoreline which Mr Ballard believes is proof such an event did take place. He believes that, by using carbon dating shells found along the shoreline, it took place around 5,000 BC.

"It probably was a bad day," he said. "At some magic moment, it broke through and flooded this place violently, and a lot of real estate, 150,000 square kilometers of land, went under."

As the theory goes, the story was then passed down over the years, with the story of Noah eventually forming.

Mr Ballard's team has now found an ancient shipwreck, as well as ancient pottery. Although he does not think he will ever find Noah's Ark, he believes he may find evidence of an ancient community washed away.

Despite many rumours and claims of sightings, no scientific evidence of the Ark has ever been found.

According to Genesis 8:4, it came to rest "in the mountains of Ararat." Experts have agreed that these mountains are to be located in present-day Armenia and eastern Turkey. - Telegraph

Noah's Flood: The New Scientific Discoveries About The Event That Changed History 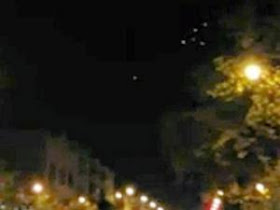 In the video, a series of lights fly in formation above the city before appearing to take a diamond shape and eventually disappearing.

Several commenters on the Mission Mission blog said that they had also noticed the aircraft.

The video, which shows seven lights in a row, was shot by Enrique Barrios with his cellphone.

“Looked like flame, you know, fireballs in the sky,” Barrios said in an interview with CBS 5.

David Shelley took pictures as the lights hovered over him early Sunday Morning. “Kind of looked like a fiery, floaty thing,” he said.

Witnesses said the lights flickered on and off, then took different shapes.

“So in the beginning they looked like flying candles, and then afterwards they started making formations, triangular formations,” said Barrios. - Video can be found at CBS Local

The PK Man: A True Story of Mind Over Matter

Haunted San Francisco: Ghost Stories From the City's Past

The X-37B, the Air Force's unmanned "mini-space shuttle," has launched into orbit for a third time and once again what it actually does in space remains a big mystery.

One of the few things known about the space plane's classified missions is that it can stay in orbit for extended periods of time: On its previous mission, a sister craft stayed in orbit for 469 days.

The unmanned space plane lifted off from Cape Canaveral, Fla., Tuesday at 1:03 p.m. atop an Atlas V rocket. The curious could watch the launch on a live webcast that was allowed to broadcast for only 17 minutes into the mission as the space plane began its classified mission.

Officially known as the Orbital Test Vehicle, the reusable aircraft is often referred to as a mini-space shuttle, because it looks like a smaller version of NASA's now-retired space shuttles. Measuring 29 feet in length and with a wingspan of 15 feet, the X-37B is a quarter the size of the shuttles and could easily fit into two long car parking spaces.

Like the space shuttle, the X-37B lands on runways, though it does so without pilots at the helm.

The launch today marked the first time since the retirement of the space shuttle fleet that a spacecraft has gone into space more than once.

Both X-37Bs in the Air Force's inventory have been to space, but the one launched today was the original craft launched into space in April 2010 that remained in orbit for 224 days.

The space plane's orbits are often tracked by space enthusiasts who speculate as to what it might be doing on its classified missions. In the lead-up to the first launch, Air Force officials said the craft offered a platform for testing new technologies in space.

When the X-37B will return to Earth is an open guess, the robotic vehicle is designed to stay in orbit for at least 270 days.

The robotic space planes have previously landed at Vandenberg Air Force Base and it may land there again, though there has been speculation the Air Force might want to have it land at the runways built for the NASA shuttles at the Kennedy Space Center.

But when it will return to Earth remains an open question. If previous missions are any indicator it could be in space for quite a long time. - Yahoo

Marijuana, secession and now ‘Star Wars’: Thousands of Americans have signed yet another bizarre online White House petition, this one to “secure funding and resources” to build the ‘Death Star’ space station from the popular sci-fi film.

“By focusing our defense resources into a space-superiority platform and weapon system such as a Death Star, the government can spur job creation in the fields of construction, engineering, space exploration, and more, and strengthen our national defense,” the petition on the White House website reads.

The document, created on November 14 by a resident of Colorado, has already collected over 5,000 signatures. The petition needs around 20,000 more by December 14 for it to be formally reviewed by the White House staff.

The Death Star is the planet-destroying space station built by the Galactic Empire in the wildly popular sci-fi movie saga ‘Star Wars,’ directed by George Lucas. The franchise is adored by millions of fans around the world.

Earlier this year, students at Lehigh University in the US calculated the hypothetical cost of building a Death Star at $8.52 quadrillion – roughly 13,000 times the world’s GDP.

The White House’s petition platform, which allows anyone to offer suggestions to the government, is relatively new and was created to provide citizens with “new way to create or join the petition encouraging government to take action on the range of issues.”

The move has resulted in a cornucopia of bizarre petitions: Adopting the Gray Wolf to join the Bald Eagle as the national mascot; legalizing the use of magic mushrooms and mescaline; even to “shut down White House petitions, since they never get a sincere response… and are ultimately worthless.”

The most popular petition on the website so far calls for the peaceful secession of Texas, which has collected over 110,000 signatures. - RT
Lon Strickler at 2:45 PM
Share
‹
›
Home
View web version