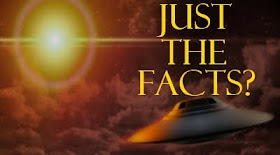 The following report was posted on the MUFON CMS today (12/7/2012). It details an incident in Baltimore City, MD (where I'm located) on 4/12/2010. The reason I'm highlighting this incident is because similar sightings have occurred in and around the Baltimore metro area for several years...including large triangular craft that appear, then quickly disappear. My database currently includes 34 daylight reports in this area since Jan. 1st 2010. The UFOs have all been very large...either dark triangular craft or large white / silver circular craft. Each appear for a few seconds...then suddenly disappear. Many are seen over parks or large shopping complexes. Baltimore is near many government and military installation...are these experimental craft with the ability to cloak? Nick Redfern will be appearing on the radio show this Sunday (Beyond The Edge Radio)...I need to ask for his opinion. Lon

1. I was flying a kite across the street from my house with my girl friend and vary young son. I had kite in air playing for awhile about 15 to 20.

2. As I was flying the kite I notice the flash at me as if the sun bounced if this object in the air and hit me in the eye it was slightly to the right of kite and I said to my girl friend do you see that and at first I thought may be its a trash bag or something for the first few seconds but then I started to have a OMG moment and I said Kas do you see that then said yea and I was looking all around the park for other people and their was some people across the field and across the street working but I tried screaming at them but I could not get their attention. I know this was something not of our making not that I know of.

3. I first thought wth is that and I try to be rash so at first I thought it was a bag from a store cause I seen them get blown up like that but as it was it was moving it just stopped and was hovering. I seen these things on tv and I can point out the kind that I seen that was caught on tape man time those round metallic balls

4,5,6 The Object seemed to be spinning because the way this light kept shinning off of it you could 100% tell it was metallic and what came to my mine was mercy because when it was spinning some times seemed liquid like it would see minor shape changing as if it was liquid but IDK really but since that I had a fascination with mercury. I will even Polly graph for this this was not a blimp a weather balloon. I was so mad that I did not bring my camera because I was going to just to record my son. The Object started moving West then slightly NW then what blew my mind the thing just disappeared right in front of me. Now if we have Military Equipment that can do that I swear who do we need to worry about.

Now me and my girl friend was like omg what was that, that was crazy I mean we just saw something I really kinda believed could exist but I really never believe people be abducted and its thats still not their but you can say seeing is believing. But this story is not done a lady came out of no wear or at least it felt like it but apparently she started walking the track and we talking to her and told her what we saw and asked if she seen anything she said no I just got here. Well I thought about going to get my camera but I figure we get ready to rap it up but we started flying the kite again about 20 minutes later the Object appeared right in front of us again sightly sw to my location and I seen this with my own eyes because it I had my kite in the line of site of the orb I started calling my girl and telling her to look again this time it simply ether reflected light from the spinning in to my eye so and then after about 3 seconds it disappeared and this time I ran home told my step father and grabbed my camera but it did not show. My Girl/wife seen it the first time but the 2nd sighting happened so fast Im not sure if she really seen it or says she did to please me.

UFOs and Government: A Historical Inquiry

A powerful earthquake struck off the northeast coast of Japan on Friday evening, rattling buildings in Tokyo and setting off a small tsunami.

It also jarred nerves in a nation still recovering from the devastating earthquake and tsunami in March 2011 that killed thousands of people and triggered the world's worst nuclear crisis in a quarter century.

Some roads were closed and rail services suspended in the northeastern prefecture of Miyagi, where a one-meter (3-foot) tsunami rolled ashore. It was followed by four other waves ranging from eight to 16 inches. Only minor injuries were reported immediately, including five in Miyagi and five on the outskirts of Tokyo.

Miyagi was one of the areas that suffered the worst of the destruction from the 9.0-magnitude quake and resulting tsunami in 2011.

The weaker, 7.3-magnitude quake on Friday took place further out at sea -- 462 kilometers (287 miles) east-northeast of Tokyo at a depth of 36 kilometers (22 miles) -- the U.S. Geological Survey said, slightly revising the initial location it gave.

It didn't create a widespread threat of a tsunami in the Pacific, according to the Pacific Tsunami Warning Center.

The massive earthquake and tsunami in 2011 killed more than 15,000 people in Japan. It caused the formation of 30-foot walls of water that swept away rice fields, engulfed entire towns, and tossed houses and cars onto highways.

The combined natural disasters did severe damage to the Fukushima Daiichi nuclear power plant, setting off meltdowns at reactors at the facility that contaminated a large area. No damage was reported at the country's nuclear power facilities after Friday's quake.

Radiation levels in fish caught near the area remain high long after the 2011 meltdowns, suggesting contamination from the site might still be seeping into Pacific waters, a U.S. researcher said in October. - CNN

2:46: Aftershocks: Stories from the Japan Earthquake

*Jacintha Saldanha found unconscious today near King Edward VII Hospital
*Mother-of-two transferred prank call from Australian DJs asking about Kate
*Australian presenters then got intimate details from Duchess's private nurse
*William and Kate 'deeply saddened' by death and say they did not complain
*Hospital described her as 'excellent nurse who cared diligently for hundreds'
*Mel Greig and Michael Christian boasted about prank as tragedy unfolded
*Both deleted their Twitter accounts after global backlash following death
*MailOnline understands they were not disciplining her over incident
*Woman's husband, two children and family have been informed of her death

A nurse who transferred a prank phone call from two Australian radio presenters about the Duchess of Cambridge has died in a suspected suicide – two days after being duped.

Mother-of-two Jacintha Saldanha, who was working on the switchboard when 2DayFM obtained intimate details about Kate, was found dead near the King Edward VII Hospital today.

The Duke and Duchess of Cambridge are 'deeply saddened' by the tragedy and a Palace spokesman said the couple had not made a complaint about the prank call.

'Their thoughts and prayers are with Jacintha Saldanha’s family, friends and colleagues at this very sad time,' a statement said. Read more at Daily Mail

An Australian woman who clung to a speeding car to retrieve stolen fairy lights says the thieves were 'scared of the crazy woman on the bonnet'. Marissa Clausen was watching TV in Humpty Doo in the Northern Territory at about 11.45pm on Tuesday when she heard the loud engine of a "bombed-out little white hatchback" with P-plates outside her house.

"I thought: 'What's happening?' and saw three teenagers taking off with the fairy lights," the 30-year-old said. The $25, 20-metre long, solar-powered, multi-coloured LED decorations had been draped along the front fence and there was no way that Ms Clausen was letting them ruin her Christmas. "I ran up and said a few colourful words and stood in front of the car," the educator said.

"They gave me a nudge on my right thigh with the front bumper and I jumped - not jumped, placed myself - on the bonnet. And then they took off with me on the bonnet. You wouldn't think they'd drive off." Ms Clausen said she would have kept her feet on the ground if she knew they were going to drive off. She held on by digging her fingers in the narrow slot between the bonnet hatch and the car body under the windscreen. "They were trying to shake me off by swerving," she said.

"They were saying: 'Get off the car'. As if I was going to get off - they were driving at 60 or 70km/h." She banged her right heel off the gravel in the ordeal but was otherwise uninjured. The thieves, two girls - one driving - and a boy aged between 13 and 17, then threw the fairy lights out the window and stopped to let Ms Clausen climb off the car - before speeding away and switching off their headlamps. She turned off the fairy lights to avoid detection and walked back to wait on the veranda. "I think they were scared of the crazy woman on the bonnet," she said. - NT News
Lon Strickler at 1:58 PM
Share
‹
›
Home
View web version