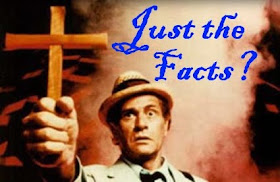 'Our Baby's the Devil', say Colombian parents whose child can 'walk at four weeks and breathes fire'

Black magic and evil spirits have captured the soul of a new-born baby in Colombia who can apparently already walk by himself and produce fire, his own mother has claimed.

Ana Feria Santos gave birth to her son last month but says her joy quickly turned to fear when she noticed that he had 'several abnormalities' - leading to fears in her community that he is the 'devil in disguise'.

She says the boy can already stand up and walk - quite a feat for a child of just four weeks.

Much like the 1976 horror film The Omen, the mother-of-five says he frequently hides around the house, cackles in an 'adult' way for hours on end and has an 'intimidating' pair of eyes.

She told the RCN Radio station: 'He walks like an adult, sometimes going off and hiding underneath the bed, in a suitcase, in the washing machine or in the fridge.'

Her neighbours in the town of Lorica, near the Caribbean coast, also say he is possessed by a 'malign spirit' and that he is capable of producing fire.

This, they say, is because burn marks have been found on his clothes and a sofa where he regularly sits.

It has led to vigilante attacks on Santos and her taxi-driver husband Óscar Palencia López's house, which is allegedly being pelted with stones on a nightly-basis by frightened residents.

But the 28-year-old's story has not been believed by doctors, who have now launched an investigation into the possibility that the new-born could have been abused.

The Colombian Family Welfare Institute, the National Police and the Catholic Church have also all refused to assert the claims that black magic is involved.

A team of psychologists, a social worker, a nutritionist and a lawyer will now look into the case, with a source saying: 'The child shows signs of abuse.

'Two small burns were found on the palm of the left hand and for that reason a restoration measure was adopted to [safeguard] the family environment.

'The parents received a warning while the facts are being clarified.' - Daily Mail

Let Our Children Go: Steps to free your child from evil influences and demonic harassment

Satan, You Can't Have My Children: The spiritual warfare guide for every parent

Astonishing claims were made in Russia today that DNA tests on suspected 'Yeti hair' reveals the existence of 'an unknown mammal closely related to man'.

The 'tests' were conducted on samples of hair found in a Siberian cave during an international expedition last year.

'We had ten samples of hair to study, and have concluded that they belong to mammal, but not a human,' said Professor Valentin Sapunov, of the Russian State Hydrometeorological Institute.

Nor did the hair belong to any known animal from the region such as a bear, wolf, or goat, he claimed.

Analysis was conducted in the Russia and US and 'agreed the hair came from a human-like creature which is not a Homo sapien yet is more closely related to man than a monkey', said the Siberian Times, citing claims made on a regional government website in Russia in the area where the hair samples were allegedly found.

It stated that long-awaited scientific tests were conducted on their hair at two institutions in Russia and one in Idaho in the US.

'All three world level universities have finished DNA analysis of the hair and said that the hair belongs to a creature which is closer by its biological parameters to Homo sapiens than a monkey. The Yeti's DNA is evidently less than one per cent different to that of a human.'

The tests were undertaken on hair found one year ago in the Azasskaya Cave in the Mourt Shoriya area of Kemerovo region in Siberia, it was alleged.

The 2011 expedition to the remote cave complex in Kemerovo when the alleged Yeti hair was found was led by Dr Igor Birtsev, seen as Russia's leading advocate of the existence of the abominable snowman.

He last night questioned the conclusions saying he was seeking more information about the alleged tests.

The Siberian Times said only 'scant' details were made available of the 'DNA findings'.

Sapunov claimed that the prestigious Zoological Institute of Russian Academy of Sciences was involved in the tests.

Yeti 'sightings' have been reported for centuries in most continents but the creature has evaded capture and no remains have ever been discovered.

Several 'sightings' of yetis have been made recently according to a Russian official and fishermen in Siberia.

'We shouted to them - do you need help?,' said fisherman Vitaly Vershinin.

'They just rushed away, all in fur, walking on two legs, making their way through the bushes and with two other limbs, straight up the hill.'

He continued: 'What did we think? It could not be bears, as the bear walks on all-fours, and they ran on two.... so then they were gone.'

Russia's leading researcher on yetis, Igor Burtsev claims around 30 of the 'abominable snowmen' live in the Kemerovo region, where these sightings were. - Daily Mail

NOTE: Until these samples are tested independent of the Russian government, I'm simply going to take the findings under advisement. Much of the information coming from the Urals and Siberian are just not credible IMO...Lon

Abominable Science!: Origins of the Yeti, Nessie, and Other Famous Cryptids

Donald Trump tried to force the BBC to drop the broadcast of a critically acclaimed documentary on his alleged bullying of residents near his Scottish golf resort.

Lawyers for the New York property magnate contacted the BBC two days before the feature-length film You've Been Trumped was screened on BBC2 on Sunday night, claiming it was highly defamatory, biased and misleading, and demanding a right of reply.

In a letter to the BBC from Dundas & Wilson, a prominent Scottish law firm which has acted for Trump for several years, and seen by the Guardian, the Trump organisation threatened to complain formally to Ofcom and the BBC Trust if the screening went ahead.

The BBC rejected the request and gave the documentary, directed by Anthony Baxter, its network television premiere. It was watched by an estimated 1.1 million viewers, about 40% higher than average figures for the last three months, and earned praise from reviewers, trending on Twitter. The film will be screened again on BBC2 on Tuesday night.

Trump's organisation retaliated saying it was appalled by the BBC's decision to show the "highly biased and manipulative so-called documentary".

"The BBC is now an active participant in what many who are familiar with Baxter's work know is a complete false telling of the story behind the construction of Trump Golf Scotland," Sorial told the Guardian. "I would say Roger Mosey should certainly resign or the BBC should consider firing him.

"We're filing complaints with Ofcom and the BBC Trust and are considering other available legal actions."

Sarah Malone, the executive vice-president of Trump International Golf Links, who featured in the film, said: "We totally denounce the BBC for further abandoning its own editorial integrity by blatantly refusing us a right of reply at the end of the broadcast last night.

"It just goes to show that recent criticism of the BBC's lack of sound editorial judgment to be correct. It is not a documentary – it is a piece of propaganda that is wildly inaccurate, defamatory and deliberately misleading."

She said Baxter had sought to make "a sensationalist, Local Hero story, through underhand, clandestine means, in the hope of making money off the Trump name. He's created a modern day fairytale that bears no resemblance to reality or the truth."

In a short statement, the BBC defended its decision. "You've Been Trumped is an award-winning film that has been screened at international festivals around the world," it said.

"During the making of the film, Donald Trump declined the opportunity to take part. We are confident that Donald Trump was offered sufficient right to reply in accordance with BBC editorial guidelines. Donald Trump chose not to participate but the film-maker took care to reflect his views on a number of different occasions in the film.

"In addition, Donald Trump was offered the chance to be interviewed live on the BBC following the BBC2 broadcast. He has not taken up our invitation."

Trump has refused to see the film but on Twitter last week he described his critics as "morons". He asserted that Baxter had "zero talent" and was a "stupid fool" whose film had helped publicise and promote his golf course at Menie, north of Aberdeen.

Baxter said he repeatedly asked Trump for an interview while he was making the documentary but none of the offers were taken up.

The film showed Baxter asking Trump to respond to allegations of bullying and ill-treatment against local residents a number of times. It featured Trump talking 16 times and quoted his supporters backing the project.

Baxter said: "At one press conference, Donald Trump claimed I wasn't a real journalist, and at one stage his organisation put out statements claiming I was working for the [protest group] Tripping Up Trump, and I was actually banned from some press events. The opening of the golf course, I was banned from attending. They claimed I had been hiding behind bushes and heavy machinery, and filmed secret documents – all of which is utter nonsense."

The film, released in May 2011, has won 10 awards from film festivals and environmental documentary organisations and earned four-star reviews in the British media. The Edinburgh international film festival refused to screen it, claiming it was not of sufficient quality.

It has since been acclaimed by Michael Moore, the radical US film-maker, actors including Alec Baldwin, and lately the Scottish film-maker Bill Forsyth, director of the cult classic Local Hero cited by Malone.

In an article for the Guardian, Forsyth said he had been left "dazed and shocked" after seeing the documentary in early September. Denouncing the "malign bullying" of local residents shown in the film, Forsyth said it was "a moving depiction of human survival and dignity amidst murky doings akin to 70s Romania". - Guardian

Chasing Paradise: Donald Trump and the Battle for the World's Greatest Golf Course

An Algerian man bought a big ram to sacrifice it on Eid Al Adha. Instead, the ram sacrificed the man when he butted him to death.

After performing the Eid dawn prayers in the northeastern port of Annaba, the man went back home, got a big knife and prepared the ram for slaughter.

“As he prepared it for sacrifice, the ram surprisingly butted the man, who fell on the ground and died minutes later,” the Algerian Khabar newspaper said. - Emirates24
Lon Strickler at 2:38 PM
Share
‹
›
Home
View web version