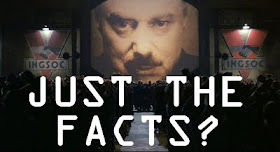 A magnetic method of killing cancer cells has been developed by scientists in South Korea.

The technique uses a magnetic field to flip a "self-destruct" switch in tumours.

Researchers have demonstrated that the process works in bowel cancer cells and living laboratory fish. Programmed cell death, or apoptosis, is one of the body's ways of getting rid of old, faulty or infected cells.

In response to certain signals, the doomed cell shrinks and breaks into fragments. These are then engulfed and consumed by amoeba-like immune cells.

Often in cancer, apoptosis fails and cells are allowed to keep dividing uncontrollably.

The magnetic therapy involves creating tiny iron nanoparticles attached to antibodies which bind to "receptor" molecules on tumour cells. When the magnetic field is applied, the molecules cluster together, automatically triggering the "death signal" that sets off apoptosis.

In laboratory experiments, bowel cancer cells were exposed to the nanoparticles and placed between two magnets. The cells were designed to light up green to signal that apoptopic clustering was taking place.

More than half the exposed cells were destroyed by magnetic activation, whereas no untreated cells were affected. In another experiment, magnetically-induced apoptosis in zebra fish caused the creatures to grow abnormal tails.

Details of the research, led by Professor Jinwoo Cheon, from Yonsei University in Seoul, appear in the journal Nature Materials.

The scientists wrote: "We have demonstrated that apoptosis signalling can be turned on in-vitro (in the laboratory) and in a zebra fish in-vivo (living) model by using a magnetic switch. Our magnetic switch may be broadly applicable to any type of surface membrane receptors that exhibit cellular functions on clustering." - Independent 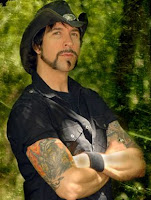 Lyle Blackburn is an author, musician, and cryptid hunter from Texas. He has always been fascinated with legends, lore, and sighting reports of "real-life monsters," and is the author of the acclaimed book, The Beast of Boggy Creek: The True Story of the Fouke Monster

During his research, Lyle has often explored the remote reaches of the southern U.S. in search of shadowy creatures said to inhabit the dense backwoods and swamplands of these areas.

Lyle is also a staff writer and cryptozoology advisor to Rue Morgue magazine, one of the leading horror media publications in print today. His "Monstro Bizarro" news column appears monthly in the magazine and his blog is featured on the Rue Morgue website.

In addition, Lyle is the founder and frontman for the rock band, Ghoultown. Since 1998, Ghoultown has released eight albums, toured extensively in both the U.S. and Europe, appeared on several horror movie soundtracks, and appeared on the syndicated television show, Elvira's Movie Macabre.

Lyle is a featured speaker at paranormal, cryptozoology, and horror conferences around North America and has been heard on numerous radio programs including COAST TO COAST.


If you missed it...well, all I can say is that it was a fantastic show! But don't despair...
LISTEN TO THE SHOW AT...

Man jumped into lion enclosure at zoo after quarrel with wife

A man was seriously injured after being attacked by a pair of lions when he jumped into their enclosure at the Nandankanan Zoological Park in Bhubaneswar, Orissa, India, on Friday. “The man indentified as Suryanarayan Das (45) from Chhatrapur in Ganjam district all of a sudden climbed on the wall and jumped into the lions enclosure housing male lion, Cris, and lioness, Priyanka.

"We rescued Das within five minutes and rushed him to a hospital,” Zoo assistant director K L Purohit said. He ruled out the possibility of somebody pushing Das into the enclosure. The incident took place at around 1.10 pm when security guards had gone for lunch. As soon as Das fell inside the enclosure, the lioness pounced on him, Purohit said. The lions returned to their cage when people started shouting at them.

“The man touched my feet before jumping into the lion enclosure,” an elderly woman tourist from West Bengal said. Das sustained muliple injuries on his skull, cheeks, neck, legs and hands, said Dr Srikant Mohapatra, the general manager of the private hospital. “Das regained consciousness in the hospital. He has sustained deep bites on hands and legs. Das has admitted to having a quarrel with his wife before coming to the zoo,” Dr Mohapatra said.

He was now stable, Dr Mohapatra said. Stating that this was first such incident at the zoo, Nandankanan deputy director C R Mishra said they strictly follow the Central Zoo Authority guidelines so far as security of visitors is concerned. “Now we will further think about the visitors safety. If someone wants to jump inside the enclosure of animals, no one can help,” Mishra said. - IndianExpress

Mexican archaeologists say they have uncovered the largest number of skulls ever found in one offering at the most sacred temple of the Aztec empire dating back more than 500 years.

Experts say the finding reveals new ways the pre-Colombian civilization used skulls in rituals at Mexico City's Templo Mayor. That's where the most important Aztec ceremonies took place between 1325 until the Spanish conquest in 1521.

The 50 skulls were found at one sacrificial stone. Five were buried under the stone, and each had holes on both sides — the five skulls had been hung on a skull rack.

Archaeologist Raul Barrera of Mexico's National Institute of Anthropology and History said Friday the other 45 skulls appeared to have just been dumped on top of the stone. - FoxNews

Aztec Thought and Culture: A Study of the Ancient Nahuatl Mind (Civilization of the American Indian Series)