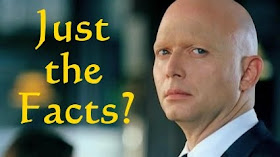 I remember the alien

Land O Lakes, Minnesota - 7/3/1986 - unedited: This is extremely difficult for me to share... but it feels therapeutic nonetheless.
I was attending our family reunion at my uncle's cabin in north central Minnesota in the first week of July, 1986. I clearly remember the fireworks my dad and uncle had been letting off; this must have been over the Fourth. There were about 25 of us present, including my aunts, uncles, and cousins. It was the first night at the cabin and all the children were set up in tents outside. That night me, my two older brothers, and my cousin shared a four person tent about 150 feet away from the cabin.
I was nearly four years old at the time or possibly five, but my memory has not faded. Ive just recently become more fearful of it.
We were all sleeping, I guess it was around 3 am. I was sleeping on the far side of the tent. And for some reason I woke up in the middle of the night. I was lying flat on my back and I found myself looking directly into the eyes of something. It was standing on my left near my head and appeared to be studying me before I woke. The image of its face that I can still picture vividly in my head is similar to others drawings that Ive seen later in my adult life. Somewhat normal sized head, though large for its body. Couldnt have been more than four feet tall. grey/green wrinkly face. Very small nostril holes. The nose was almost flush with its face. The eyes... The frightening part about its eyes was the way that it was looking at me. Or maybe I misunderstood its reaction to my terror. It was wearing a collared uniform of sorts-- a trench coat that came down to the floor with seams on the front. He was important. It was dark fuchsia/purple in color and appeared to be a dull suede texture. The moonlight made his face and coat sort of glow. The suite had a tall collar. I got the feeling that this was a very important being of sorts. This all happened in a few seconds. I remember being terrified and immediately trying to scream but nothing happened. My brothers didnt wake. I just remember the very serious look that came over its face as if I did scream. His head tilted back like he was scorning me, or disappointed.
Then there is a break in my memory.
The next portion of my memory picks up shortly after. I remember being very cold and wet and beginning to wake again. This time I am on the ground in the weeds about fifteen feet from the tent. It took all of five seconds after waking on the ground before I remembered the face that I just saw looking down at me from inside the tent, and I let out a terrifying scream. I remember I screamed so violently that I woke my aunt who was sleeping in the cabin over 150 ft away. I saw her silhouette over the sink after she quickly flipped on the lights to investigate. I ran to the tent and my brother was still scrambling to unzip the door. I remember the sound of the zipper when finally opening it, and he reached his arms out and pulled me in. He was asking me what was wrong. I was scared, I was confused. He had me lie back down. As I lied there I told him what I had seen in the tent with us. He told me to just go back to sleep. I never told him that I also just woke up outside. That wasnt supposed to be the important part!
The next morning there were about ten other people who were talking and asking around if they knew who it was that was screaming at 3:30 in the morning. No one would say. My aunt chimed in and said she heard it too, and how she had quickly looked out the window and couldnt see who it was. This also frightened me because I thought it was apparent to everyone!!! I went and found my mom and whispered to her that it was me, that "I screamed last night."
She appeared worried and asked why.
"I saw an alien."
I remember the nervous pause before she whispered back "...dont say that to anyone, okay?"
"Okay, mom."

The Mammoth Encyclopedia of Extraterrestrial Encounters: The Definitive Illustrated A - Z Guide To All Things Alien

Superman is giving up his once-promising career in journalism.

Alter ego Clark Kent is resigning from the post of star reporter at the Daily Planet, the Metropolis newspaper where he has worked since the first Superman comics were published in the 1940s.

DC Comics, which publishes the Superman stories, says Kent will walk out in protest that hard news has given way to too many "soft" entertainment stories.

The move has been prompted by the Daily Planet's takeover by a conglomerate.

The publisher has hinted that the Man of Steel might even go the way of many journalists and become a blogger, in an effort to get his views across to a wider audience.

"Why am I the one sounding like a grizzled ink-stained wretch who believes news should be about, I don't know, news?" says a disillusioned Kent, according to a leaked panel from Wednesday's edition of the comic that appeared on the Newsarama.com website.

New Superman writer Scott Lobdell told USA Today newspaper: "This is really what happens when a 27-year-old guy is behind a desk and he has to take instruction from a larger conglomerate with concerns that aren't really his own." - BBC

Superman: The High-Flying History of America's Most Enduring Hero

A Bigfoot enthusiast in Chautauqua Lake, N.Y., wants sasquatches to be safe from Empire State hunters.

Peter Wiemer of the Chautauqua Lake Bigfoot Expo declared in a press release that the New York State Department of Environmental Conservation put Bigfoot on the Protected Species list.

Wiemer's rationale? Because there is no designated hunting season for sasquatches, they are therefore a protected species.

"By not being listed in the hunting syllabus of NYS," Wiemer wrote in the release, "any non-listed species then becomes a Protected Species per my phone conversation with [DEC spokesperson] Mark Kandel."

In an email to The Huffington Post, Kandel denied that his department took any such action.

"New York State has taken no action with regard to listing or protecting Bigfoot," he said.

But sasquatches aren't without some legal protections, according to a previous email from Kandel to Wiemer which stated that, "there is no open season on Bigfoot and they may not be taken."

Though the state does not acknowledge the existence of Bigfoot, Kandel asserted, "we are confident that the current laws and regulations afford adequate protect for Bigfoot if one were to be found in New York."

Kandel went on to explain that Bigfoot believers are welcome to pursue sasquatches for "the purpose of documenting their existence," provided none are harmed.

This will likely come as welcome news to sasquatches, who are currently allowed to be gunned down without consequence in Texas. - THP

Kids went to see 'Madagascar 3'...got 'Paranormal Activity 4' instead

There’s a school of thought that suggests that children can deal with horror stories better than grownups normally expect. That said, NewsFeed suspects that few movie theaters would intentionally put that theory to the test.

At the Cineworld movieplex in the British town of Nottingham, a theater full of families ready to watch the kid-friendly animated adventure Madagascar 3 were instead treated to a screening of the horror film Paranormal Activity 4.

Almost immediately, as many as 25 families rushed their kids out of the theater, but not before a gruesome opening sequence — in which a bloodied female corpse is thrown at the camera — was witnessed by children as young as five. “They started playing the movie and I thought – this doesn’t look right,” Natasha Lewis, mother of eight-year-old Dylan, told Yahoo UK. ”Everybody just scrambled for the exits, all you could hear were children crying and screaming. Everyone was very upset.”

A clearly mortified Cineworld immediately tried to make amends. “All customers who were affected by the incident were offered refunds and complimentary tickets,” a spokesperson said. “We also invited customers to watch the screening of Madagascar 3 half an hour later.”

The Cineworld representative blamed the incident on “a technical error with the projector,” and promised to look into the issue. “We take matters such as this very seriously and are currently working with technicians to ensure this does not happen again.” - Time
Lon Strickler at 1:50 PM
Share
‹
›
Home
View web version