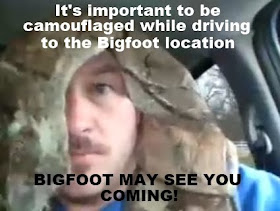 New York, NY - October 25, 2012 - Spike TV is raising the stakes in the endless quest to discover the truth about the legendary creature known as Bigfoot, the seemingly mythical being that roams forests of the world, avoiding mankind. The network is announcing a new one-hour reality show, "10 Million Dollar Bigfoot Bounty," featuring ambitious teams of explorers on a brazen exhibition to unearth real evidence of Bigfoot's existence. The $10 million in cash, underwritten by Lloyd's of London, would be the largest cash prize in television history.

The network has already begun casting contestants for "10 Million Dollar Bigfoot Bounty," which will feature scientists, zoologists, seasoned trackers, and actual Bigfoot hunters who all believe in the infamous creature's existence. The teams will be faced with the daunting task of proving to a group of experts that Bigfoot, the hairy ape-like sasquatch, exists with the irrefutable evidence. The winner will be the first team to secure proof - and win the unprecedented $10 million bounty.

Each episode will follow the different teams as they ply their extensive research and presumed knowledge of the legendary creature, often battling nature's inhospitable conditions.

The series will be shot in various locations throughout the country.

So You Want to Catch Bigfoot? (Judy Moody Movie Tie-In)

Recasting Bigfoot: Uncovering the Truth About Sasquatch Amidst the Hype of Bigfoot 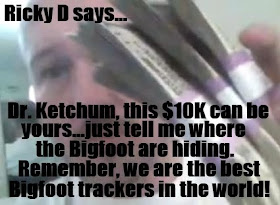 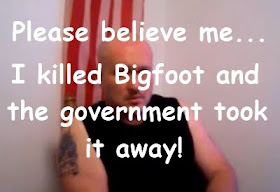 NOTE: I can only imagine the list of 'Bigfoot Hunters' partaking in this venture. Rest assured...to the general public, it'll be another black mark on the serious people who are doing the serious work. Lon