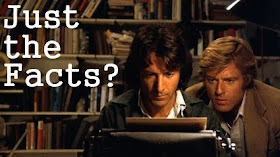 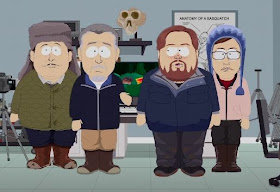 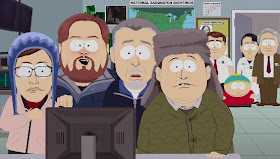 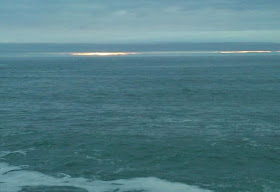 3/14/2012 - unedited: This event was observed by a large group of witnesses including a highly credible coworker that wishes to remain anonymous. While driving the coastal highway near the town of Pacifica California, this individual observed two very large, glowing objects in the ocean and roughly ¾ mile from the coastline. The evening sky, at approximately 6:30pm, was 100% overcast with no direct sunlight anywhere in sight. The glowing objects appeared as sharp ovals from this distance. But it was clear that the actual shapes were discs and were submerged in the ocean at an unknown depth. A group of witnessed developed as vehicles stopped to see. The observers shared their thoughts, and agreed that the two objects were in fact submerged and moving with indistinct patterns, but not in a way that resembled a worldly vehicle such as a submarine. The group also concluded that sunlight could not be the cause because there were no breaks in the dense cloud cover. Furthermore, the lights continued to project into the late evening until about 9pm, well past sundown. At some juncture during the event, a passing ship (perhaps a Coast Guard vessel) approached the objects in an attempt to investigate. The ship then quickly veered away from the objects in an apparent evasive maneuver to avoid confrontation. At this juncture, most of the witnesses were in fear of their safety and left the scene. - MUFON CMS

Township to use owls to help eradicate 'cat size rats'

The city of Johannesburg has enlisted the services of owls to rid Alexandra township of rodents.

Situated north of the city, the township is home to fat rodents, some as large as cats.

Having been tormented by these "wild domestic cats" for years, residents can now look forward to whether the new owls innovation will bring some relief.

The city will launch the Owl Box Project next Friday.

Johannesburg's head of health and social development Nonceba Molwele said the city would use three natural ways to eradicate the nuisance - owls, rat cages and fumigation.

"In order to achieve this natural process (of using owls), the city has partnered with EcoSolutions amongst other partners.

"This project will be running in Alexandra for the next three years, and has so far involved educating the local communities and schools on the role that owls play in eradicating rats. The education covered the myth and beliefs that associated owls with witchcraft," she said.

While rodents are associated with filthiness, black people generally associate owls with witchcraft and evil spirits.

Molwele said the city and EcoSolutions had been working with three schools - Zenzeleni primary, Iphuteng primary and Minerva secondary - for the introduction of the owl project.

"The owl nesting and release boxes have been installed in all three schools. This has helped them to learn and understand the role that owls play in controlling and managing rodent populations.

"To encourage community participation in the project, a selected team of school children will be feeding the owls for 21 days with food provided for by EcoSolutions."

Molwele said residents should stop using poisonous pest control substance like ratex "because should an owl eat a poisoned rat, that would have the same effect to the owl, it will kill the owl".

"Prevention is, however, the best solution for rat control. We have to eliminate the conditions in which the rodents thrive and for this we need the active co-operation of all residents of Johannesburg. Illegal dumping and the careless disposal of food and waste material are the primary causes of rodent infestation.

"Illegal dumping attracts rodents and provide them with a comfortable environment to nest and continue breeding," Molwele said. - sowetanlive

Since December last year, Erongo's Tubuses settlement, north of Usakos near the foot of the Erongo Mountains, has apparently been plagued by hundreds of 'large strange snakes'.

Speculation is rife, but one peculiar version has it that some residents claim that they saw a helicopter flying low over the area before the New Year - soon after which there was a sharp increase in the snake population.

According to one resident, the snakes are not the usual kinds (like pythons, puffadders, whip snakes and mambas) found in the area. The 'new' snakes were also larger and more dangerous.

"Instead of staying in the bush, these snakes are coming into the homes as if the houses belong to them," said David /Nuseb.

One story has it that a toddler was apparently sitting on the couch watching television, when a large serpent entered the living room and made its way to the TV where it started 'fighting' with the images on the screen.

"The child called his parents; the snake was cornered and killed," /Nuseb said.

There is agreement among the community that there is usually an increase of snakes after a good rainy season, like that of last year, but then the snakes apparently stay in the bush, away from people.

Another member of the community, Isak â‰Naweseb said that scores of them have been killed by people over the past few months, or by vehicles driving over them on the roads.

"Just this past weekend, when a relative of mine went to a funeral nearby, he said that he drove over three large snakes," said â‰Naweseb.

(While he was speaking to the newspaper, another resident at the area, a certain Yvonne, sent an sms to the this reporter's mobile claiming that a snake was in the generator room at the waterpump.)

Mobile images of some of dead snakes were given to The Namibian. The images are of poor quality, but a comparison to the snakes kept at the Swakopmund Snake Park did not shed much light except - considering the colours - that some of those photographed could have been Angolan or Mozambican cobras and a mambas. Some of the snakes are found in that area, while others not.

One argument is that the snakes could have been washed downriver from another region.

"Sometimes large snakes are found in Swakopmund, especially after the Swakop River has flooded. The river bring the snakes downstream from the interior. Maybe this was what had happened, an official at the snake park explained.

The owner of the Snake Park, and author of books regarding reptiles of the Namib, Stuart Hebbert, said that nothing is "impossible" anymore, but there were definitely things that were "improbable".

"The story of the helicopter is improbable. Helicopters are very expensive, and it would be much easier to transport snakes by car. And why would someone drop snakes from a helicopter?" he asked.

Hebbert said that he did not want to shrug off the community's stories as fables, but admitted that he was a sceptic.

"I've heard many snake stories, and once a story gets off the ground it spreads like wildfire, and with that the snakes become more in number, bigger and more dangerous," he said.

He said that the idea of good rains bringing more rodents into the area, attracting more snakes, was more probable. - allafrica

Thanks to Karl for the heads up!

Smallest Town In US Sold By Its Only Resident

A tiny town in Wyoming, advertising itself as the smallest in the US, has been sold by its only inhabitant in worldwide internet auction.

Buford was purchased by an anonymous Vietnamese buyer after 11 minutes of frenzied bidding.

The sale of the south eastern Wyoming town, which comes with a convenience store, gas station and a three-bedroom home, attracted online viewers and on-site bidders from 46 countries.

The new owner flew to Wyoming for the auction, according to Williams & Williams, the auction house handling the sale.

"Owning a piece of property in the US has been my dream," the Vietnamese businessman said in a statement.

The 10-plus acres of land also includes a mobile phone tower and a car park that a lorry company uses to switch trailers at night.

I'm happy and I'm sad all at once.

Don Sammons, currently the town's only resident, moved with his wife from Los Angeles to the Buford area in 1980.

In 1992, six years after his wife died, Mr Sammons purchased the town.

The 61-year-old decided to auction off the Western hamlet to move to Colorado to be near his adult son.

"But I'm more happy than sad because this is all I wanted. I can continue and start the next chapter of my life."

He added that he planned to go somewhere with sandy beaches and "maybe a palm tree" for a week or two before writing a book about his life in Buford.

William & Williams executive Amy Bates said the firm had never seen the level of interest that accompanied the Buford auction.

"It's the Wild West in the US. It's owning your town and getting away from it all," she said.

The former railroad stop once was home to about 2,000 people but they started to move away after the train service ended. - sky
Lon Strickler at 4:24 PM
Share
‹
›
Home
View web version