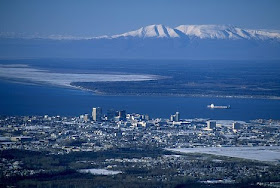 The following is the raw report for a saucer-shaped craft with ladder and 'turret' that landed in Anchorage, Alaska in 1966. There is a lot of sketchy and vague information by it does seem genuine. I looked for other reports on this incident without luck. There is no specific credit given to a person responsible for taking the report:

Original Report - Summary: I was standing in the middle of our street and there was a craft on stilts or legs with a ladder down from the center. It had just snowed and I remember windows on the upper round part. The craft looked similar to the one on this web page...4th from the left.

Sighting Time: 3am
Day/Night: Nighttime
No. of Witnesses: two
Duration: I am not sure

The main body was like an upside down saucer with a cylindrical 'turret' on the top. The 'turret' was approximately 3 feet across and 2 to 3 feet high and appeared to rotate. It had windows perhaps of a green color that may have been 8 sided. The main body was approximately 12 to 15 feet across and approximately 4 feet thick and was supported by legs...I think 3, which held the craft 4 feet off the ground. There was a ladder that reached the ground from the center underside. The craft was skin was metallic. the windows gave off some light.

The measurements I gave were based upon a city neighborhood street. The craft could fit in the center of the street with a car parked on either side.

This was an neighborhood in our city. Nearby there is a small airport for light planes etc. There is an elementary school nearby . The streets are lined with houses on either side... from curb to opposite curb perhaps 30 feet. The houses are single family ranch style homes built in the early 1950's. We had the normal compliment of telephone poles. Each house generally had a 10 foot easement between them.

This sighting took place approximately 40 years ago. I saw this as a child but did not start to remember it until my late 30's to early 40's. My memory has me standing in the middle of my street in the winter time. It must have been in the early morning hours.... there was no one around and very quiet. It had just snowed and the reflection of the street lights on the snow made it very bright. I was directly in front of my house. I had no recollection of going outside. There in front of me perhaps 50 or 60 feet was this saucer shaped craft. It had an upper turret that rotated slowly ... that part had some windows that might have been eight sided. The shape of the craft was similar to a lid on a teapot ...the top being small and cylindrical. It was supported by legs ...I think 3. It had a ladder from the center underside down to the ground. A distance of approximately 4 feet to the ground. The totat size of the craft was 12 to 15 feet across and maybe 6 or 7 feet high. It made little or no sound.

The amazing thing about this memory is that I absolutely KNOW that it happened because my brother saw it too. About 4 years ago my older brother and I were hiking ( winter time) at a local area overlooking town. We stopped and talked for a while about life etc. I decided to tell him of my 'memory' of the UFO. I was fully expecting him to laugh and question my sanity. As I was relating to him about the craft he interrupted me and said "I saw it too"....he went on to describe the way it looked with details of the windows and the size and shape and the ladder down from the center, just as I remembered it.!! He and I had never discussed this as kids. I did not start remembering until several years ago. My brother explained that no one would believe him... so he quit talking about it. In fact he bought a telescope to see when they would come back! I have asked my mother and she does not remember us reporting anything. 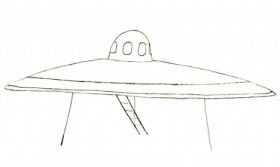 Further information from the witness (received on 4-2-06):

I have more to add. The 'turret' or top of space craft perhaps did not rotate but rather the lights inside cycled one window to the next following the perimeter of the 'turret' giving the effect of rotation. I just talked with my brother....' he was in the house looking out his bedroom window( my room was next to his). He watched the craft for maybe 'two minutes'. He did not see me and does not remember anything else.' What is really strange to me is how I can't remember 90% or more of my early childhood. Prior to seventh grade, things are a bit cloudy. This is well known with my mother and brothers. Some things stand out in my memories but I have large gaps of time missing.

I hope this helps. I am frustrated, to say the least, that there are so many skeptics out there. And of course the government denials I find insulting. Perhaps someday the truth will come out.

Can sighting be explained as any conventional man-made or natural object?

I am an aircraft mechanic. I have some college and trade school.

Views on UFOs, before and after sighting

Before the sighting I was probably ignorant of any of it. After the sighting and in my early adult years I always felt like they were real and that we on earth are not alone. Upon remembering the sighting ( in my mid 40's) I absolutely believe that there are other life forms and we have been visited for a very long time. I was probably not exposed to much information on UFO's prior to the sighting as I was fairly young.

I have often wondered if I was abducted at this time of sighting. My recollection was of standing in the middle of the street , at night, in the winter. The angle that I would have had to see the object from my bedroom was not the angle that my memory sees it from. I was thrilled and relieved when my brother shared with me that he saw the same event. 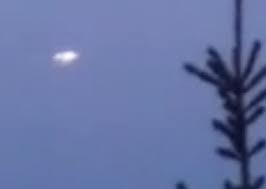 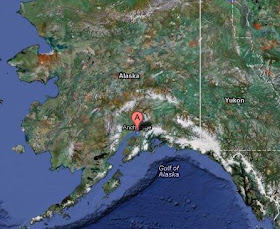