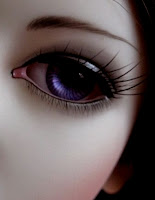 In January 2010, I received an email from a new mother who I referred to as Lisa. Since that time we have corresponded once...it was a brief followup from Lisa which I received in March 2011, letting me know that her son was doing quite well. On Monday I received another followup email. I have posted my original article below after which I have posted the latest correspondence I received from Lisa:

Last evening, I received a rather mysterious email from a woman (I'll refer to her as 'Lisa') who had a traumatic experience recently. Lisa didn't place much content in the email and attached a telephone number, so I called Lisa this morning. I attempted to write down notes as best as I could....she was very distraught. She gave me permission to post her account anonymously. I will state that she lives on the U.S. west coast. Before I go any further, this is one of the more unusual accounts related to me.

Two months ago, Lisa gave birth to a baby boy. She never mentioned anything about the child's father but I assumed by some of her comments that she was not in a relationship. Her pregnancy was uneventful though, the OB/GYN insisted that she remain at home for the last trimester. The reason he gave was that Lisa was slightly built and it would be better safe than sorry. She lived with her mother and sister so there was someone usually there to watch over her.

In those last months of her pregnancy, the OB/GYN told her he and a nurse would come to her mother's home for her exams instead of her coming to his office. She didn't give it much thought at the time, but did recognize that this was a bit unusual. The exams were not anything out of the ordinary except for one occasion when the nurse gave her an injection of a 'mild sedative' to relax her during a cervical exam.

I asked her what had happened during that exam and she whispered "I don't know". Lisa had fallen asleep or was under strong sedation but only remembers the nurse applying a cold compress to her forehead just before they got ready to leave. She said that she thinks that the examination lasted almost a full hour from what she could recollect about the time of day. I asked if her mother and sister were home but she said that both were at work that day.

In early November, Lisa gave birth to a 6lbs. 8oz baby boy at her local hospital. The labor and birth went easier than she had expected...her contractions lasted about 10 hours but she said it was more bearable than she had imagined it would be (this was her first child). The procedure was performed naturally without any pain medication though she said that she did suffer a slight infection a few days later which required her to remain in the hospital for 2 extra days. Her OB/GYN performed the delivery and the nurse who had come to her home was also present.

Everything was fine with the child and Lisa leading up to the holidays. She had taken the baby to another OB/GYN because her regular doctor was on a 'long vacation'...so another doctor in his clinic was taking care of his patients until he returned.

A few days before the New Year, Lisa was feeding her child when she noticed that the baby's eyes were a dark, almost violet color instead of it's normally blue hue. She said that the baby acted normal but she called the doctor's office anyway. She was told that infants' eye color can change fairly quickly and it was nothing to worry about...it was just part of the growing process. After a few days, the child's eyes seemed to lighten some...until New Year's eve.

It was late morning and Lisa was at home alone because her mother and sister were at a friend's wedding. She was in the living room when the baby started to suddenly scream...like it was being hurt. Lisa picked him up and noticed that his eyes were very dark violet but seemed to shine when the baby blinked. The baby continued to scream...then stopped on a dime. The child's eyes opened wide, looked directly at her and blinked SIDEWAYS! Membranes came across both eyes from the corners and blinked like, in her words, "...a lizard".

"OK" I'm thinking "...was someone setting me up?" "Why was this woman telling me a story like this?"

I asked Lisa to continue her story. She said she immediately called the doctor's office and was told to go to the hospital since the doctor was on call. When the baby was examined, it was determined he was fine and that there was nothing wrong with the eyes. Then Lisa inquired to the emergency room doctor about her regular OB/GYN...she was told that someone would get back to her on that question.

About a half hour later, the OB/GYN who was on call and had filled in for her regular doctor came to the examination room. She said that she looked at the exam reports and everything was fine. Then Lisa was told, in a matter-of-fact manner, that her regular OB/GYN had quit his practice. Lisa asked about his attending nurse. The doctor looked at her like she was crazy and said "what nurse?". She described the nurse and was told that no one of that description worked at the clinic or the hospital.

Since that day, Lisa says her child's eyes are a light violet color and that she has not noticed the strange side-to-side blinking at all but swears there is something wrong. The child looks at her in a strange manner, with very wide eyes...then slowly closes his eyes and gives her an unsettling 'smile'. She said she has investigated the OB/GYN and has found that he was licensed to practice but is not anywhere to be found.

In the meantime, I'm still wondering if I was having my leg pulled. After some checking, Lisa is actually who she said she was...all the information I was given was true. I did ask her why she contacted me and was told that I was 'referred' to her and that I could give her some idea where to go. I gave her some contact addresses and links as well as assurance that I would remain available if she needed to contact me.

My last question to Lisa was "what do you think is going on?". As I expected, she tells me her theory of 'reptilians' and 'alien hybrids'....and that the OB/GYN and nurse may be aliens, etc. I'm not discounting any of her thoughts. But as with every other incident or case I research, I'm not taking all the information as fact. I truly believe Lisa is sincere and I will continue to keep in touch with her. But, in the meantime, I'll continue with an open and somewhat skeptical mind...Lon

On Monday, January 2, 2012, I received the following email. Some of the correspondence has been edited for spelling. I have also withheld her son's name and other personal information:

Lon - I hope you had a very nice holiday. You had asked me to contact you if there was any notable information in regard to my son and I. He is doing well and is very healthy. My mother has remarked that he is the healthiest baby she has ever seen because he does not catch colds or exhibit other minor ailment, including fevers. In fact his pediatrician has also remarked about his clean medical record but has not mentioned it as a problem, but I am concerned because this just does not seem right to me.

We moved into an apartment a few months ago. He goes to daycare on some days and stays with my mother on others. We have all noticed a strange characteristic that he has exhibited for the past year or so. Sometimes he will sit on the floor with his arms folded and stare straight ahead for up to 10 minutes. I've noticed that his eyes will turn a darker shade of violet during these episodes. He doesn't make any noise and is almost impossible to rouse. Afterwards he acts like he has been zapped of his energy and will occasionally take a brief nap. Have you heard of this type of activity before?

I made you aware of my thoughts on alien involvement during our first conversation. I honestly don't know what you think about that. Since then I had thought less of that theory but now I'm wondering if there really was some type of intervention. I have still not been able to contact the OB/GYN who suddenly left his practice. The AMA has no further record of him practicing anywhere. Now I'm starting to be wary of the pediatrician which, I agree, is somewhat paranoid.

As before, if you or others you know could offer reassurance I would be very grateful. Here is my contact number xxx-xxx-xxxx

NOTE: Again, I contacted Lisa by telephone. She was at her office so she may have been more discreet than before. Her demeanor was quite uneasy...she is very concerned that something is seriously amiss in relation to her son's physical and mental well being. She is also worried that some procedure may have been performed on her during the time she was sedated while pregnant. She has had a few odd physical changes that I was asked not to describe...at least for now. She has promised to keep me 'in the loop'...though I feel that she needs to come forward in order to receive extensive medical treatment. She continues to maintain that her family and I are the only parties with knowledge of her identification and situation...Lon