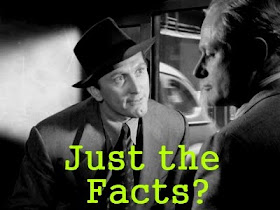 Strongest solar storm since 2005 hitting Earth
The sun is bombarding Earth with radiation from the biggest solar storm in more than six years with more to come from the fast-moving eruption.

The solar flare occurred at about 11 p.m. EST Sunday and will hit Earth with three different effects at three different times. The biggest issue is radiation, according to the National Oceanic and Atmospheric Administration's Space Weather Prediction Center in Colorado.

The radiation is mostly a concern for satellite disruptions and astronauts in space. It can cause communication problems for polar-traveling airplanes, said space weather center physicist Doug Biesecker.

Radiation from Sunday's flare arrived at Earth an hour later and will likely continue through Wednesday. Levels are considered strong but other storms have been more severe. There are two higher levels of radiation on NOAA's storm scale — severe and extreme — Biesecker said. Still, this storm is the strongest for radiation since May 2005.

The radiation — in the form of protons — came flying out of the sun at 93 million miles per hour.

"The whole volume of space between here and Jupiter is just filled with protons and you just don't get rid of them like that," Biesecker said. That's why the effects will stick around for a couple days.

NASA's flight surgeons and solar experts examined the solar flare's expected effects and decided that the six astronauts on the International Space Station do not have to do anything to protect themselves from the radiation, spokesman Rob Navias said.

A solar eruption is followed by a one-two-three punch, said Antti Pulkkinen, a physicist at NASA's Goddard Space Flight Center in Maryland and Catholic University.

First comes electromagnetic radiation, followed by radiation in the form of protons.

It's the plasma that causes much of the noticeable problems on Earth, such as electrical grid outages. In 1989, a solar storm caused a massive blackout in Quebec. It can also pull the northern lights further south.

But this coronal mass ejection seems likely to be only moderate, with a chance for becoming strong, Biesecker said. The worst of the storm is likely to go north of Earth.

And unlike last October, when a freak solar storm caused auroras to be seen as far south as Alabama, the northern lights aren't likely to dip too far south this time, Biesecker said. Parts of New England, upstate New York, northern Michigan, Montana and the Pacific Northwest could see an aurora but not until Tuesday evening, he said.

For the past several years the sun had been quiet, almost too quiet. Part of that was the normal calm part of the sun's 11-year cycle of activity. Last year, scientists started to speculate that the sun was going into an unusually quiet cycle that seems to happen maybe once a century or so.

Scientists watching the sun with a new NASA satellite launched in 2010 — during the sun's quiet period — are excited.

"We haven't had anything like this for a number of years," Pulkkinen said. "It's kind of special." - kasa

I received a call from my father who said there had been a plane crash in Wenona MD, there were 911 reports calls from residents reporting a plane crash, local news stated that 911 was dispatched but local coast guard refused to dispatch helicopters due to weather conditions (it was raining). I have relatives who live near the water and they state that they did hear the sounds of a motor that seemed to sputter and then a large crash and splash into the water. No debris has been found. No evidence of a crash of any sort or a plane crash has been found as of 1430 1/22/12. The community is talking about the fact that many people heard this event yet nothing has been found. - MUFON CMS

Maryland Natural Resources Police on Sunday suspended the search for a possible plane down off the coast of Deal Island.

The Coast Guard and Maryland State Police helicopters flew over the area to search for signs of a plane crash Sunday morning.

Police say crews from across the shore have not located debris or oil slick in the waters of the Tangier Sound and there have been no reports from airports or radar installations of any missing planes.

The original complaint prompting the search was called in around 5:45 p.m. on Saturday. The caller reported hearing a plane flying low overhead near Wenona and then crash into the water.

Late into the night Saturday, firefighters, watermen, police and the Coast Guard searched for the possibly downed plane.

NRP Sgt. Art Windemuth said when the department gets calls like the one that initiated the Somerset County search, officials assume the worst and respond accordingly to save lives and protect property.

The Coast Guard is asking anyone with more information, or knows of a missing person who could have been involved in the possible crash, to call (410) 968-0971. - wboc 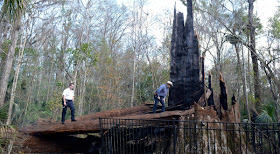 3,500-year-old tree destroyed in a fire
Back, way back, before King Tut was born and Alexander the Great roamed his empire, the Senator sprouted in a swamp here in central Florida, one of thousands of its kind.

So on Monday, when word got out that the huge, 3,500-year-old bald cypress had burned and collapsed, people from the area who thought that nothing — not hurricanes, not loggers, not disease — could fell the Senator, sank into disbelief. In a state known for its sprawl and its zeal for pouring concrete, the Senator stood as a testament to nature and ancient history. It was one of the oldest trees in the country and, at 118 feet, one of the tallest east of the Mississippi.

“There is so little of this old history left,” said Lauren Wyckoff, 28, an environmental scientist and self-described tree hugger, who drove to Big Tree Park from nearby Orlando after work to pay her respects. “It’s not just some tree in your backyard. I mean, it’s 3,500 years old; I just picture everything it saw, everything it has been through.”

Investigators for the Division of Forestry are still trying to figure out how the tree burned down early Monday morning. Arson remains a possibility, although it had been initially discounted. Two other possible theories are being considered: the tree was struck by lightning long before Monday (maybe as long as two weeks) and slowly smoldered from the inside, or friction from the wind caused it to combust.

Around town, these last two theories were met with skepticism and a touch of derision. The Senator, which was the only tree in the small park to catch fire, was equipped with a lightning rod. And if the tree had been struck by lightning and smoldered for two weeks, residents said, somebody surely would have seen or smelled it. As for friction, that notion drew nothing but smirks.

“Of course, maybe a plane flew over and dropped an ember into the hole,” Rick Waters, 49, who runs Mel’s Family Diner in Sanford, a couple of miles from the tree’s resting place, said with a chuckle. “I think some moron started it, or threw a cigarette down. It’s sick to think somebody would destroy that.”

The revered tree wasn’t just old; it was huge. At nearly 18 feet in diameter, it was so large it would take a passel of children holding hands to surround it.

Named for Senator M. O. Overstreet, who donated the land to Seminole County to use as a park in 1927, the Senator has long been a landmark for Floridians. It survived the logging epidemic, which claimed many of the giant trees that once stood in the county. (The Senator may have been spared because it was hollow, a condition that occurred as the tree aged.) It endured centuries of nasty hurricanes, including one in 1925 that lopped off 40 feet from the top.

Back then, four decades before Disney World rose from swampland, the towering bald cypress was the star attraction in these parts. Visitors arrived on horse and buggy and then jumped from log to log to get a close-up glimpse of the tree.

“You could see it from pretty much everywhere around here” it was so tall, said Joseph R. Abel, the director of the Leisure Services Department in Seminole County.

Now children are brought here on field trips to gawk skyward and imagine what Florida was like back when it was nothing but forest and swamp and Indians were its only inhabitants. Families have always come to snap photos, and nature-lovers arrived on pilgrimages.

What remains now is a trunk, split in half, and a charred shard of wood that shoots 30 feet into the air. The remnants of the tree lie split, on their sides, black and sooty. Outside the gates of the park sits a little tribute of flowers with a sign reading “Rest in Peace Senator.” The park is closed for now as investigators determine what caused the fire.

But the new Florida had long been a too-quick walk away from the Senator. Traffic whizzes by in front of the park and fast-food joints sit right up the street. And though the tree was revered by some, competition from modern life had dwarfed its appeal a good while back.

There are not many awe-inspiring things left, Ms. Wyckoff said. “It was crazy, insane, you can’t imagine how large it was,” she said.

Yet only 40 feet from the Senator looms an understudy: Lady Liberty, now the park’s tallest cypress. It is 89 feet tall and not nearly as imposing, but in this time of transitory celebrity, its moment has arrived. - nytimes

In the fall of 1996 I began work on my second book, Flashpoint: High Strangeness in Puerto Rico, not realizing that many cases from the 1960s and 1970s se habían quedado en el tintero, as is said in Spanish, “left behind in the inkwell”. Some of these journalistic accounts appeared in magazines that have been out of print for generations; others were interviews on radio and television broadcasts that came to my attention years after Flashpoint finally appeared in print (1998).

Most of these cases involved a feature that isn’t present in contemporary cases anymore – eyewitness reports of humanoids (and not so humanoid) entities. Other authors have given much thought to the reasons why “occupant” cases have dwindled, or simply vanished altogether. In the second decade of the 21st century, much fuss is made of lights in the sky, the so-called “blurfos” and possibly hoaxed videos employing commercially available software packages. During the Year of the Humanoids (1973) such CE-Is would’ve been relegated to the back burner, or overlooked altogether. Continue reading at Inexplicata
Lon Strickler at 3:07 PM
Share
‹
›
Home
View web version