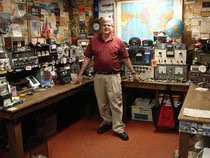 Paranormal investigator: Stan Gordon's legendary life chase of UFOs and Bigfoot
Ten-year-old Stan Gordon of Greensburg, PA, tuned the dial on the transistor radio he’d just received for his birthday during the late Halloween season of 1959 in search of paranormal talk shows. The broadcast that mesmerized the young man that night and his passion that followed soon pushed him into a lifelong series of dramatic paranormal investigations mainly of UFOs and the Bigfoot creature.

Gordon never stopped investigating the paranormal from that day forward and today looks back on a remarkable 50-plus years that overlaps the 1965 UFO crash at Kecksburg, PA, and a 1973 intensive outbreak of both UFOs and Bigfoot that culminated in his book, Silent Invasion: The Pennsylvania UFO-Bigfoot Casebook

He collected paranormal stories in school those early days, but at age 16, local radio opened up a UFO investigation door that never closed as the KDKA-AM station began reporting that evening of December 9, 1965, about a possible UFO crash at nearby Kecksburg. - Continue reading at Stan Gordon's legendary life chase of UFOs and Bigfoot

Now, two prominent scientists have published a paper suggesting that although we have an entire universe to seek out the proverbial alien needle in a haystack, perhaps looking in our own backyard would be a good place to start.

Paul Davies and Robert Wagner of Arizona State University have suggested a crowd-sourcing effort to find artificial structures on the moon. After all, lunar missions like NASA's Lunar Reconnaissance Orbiter are returning some dazzling, high-resolution imagery of the moon's surface. If aliens have been there, perhaps we could spot evidence of their presence.

"Although there is only a tiny probability that alien technology would have left traces on the moon in the form of an artifact or surface modification of lunar features, this location has the virtue of being close, and of preserving traces for an immense duration," Davies and Wagner say in their paper published in the journal Acta Astronautica (doi:10.1016/j.actaastro.2011.10.022).

Indeed, due to the moon's pristine environment, any modification of lunar surface features will remain preserved for eons -- the lack of an atmosphere means features are not eroded away. Unless intelligent aliens came, saw and then covered their tracks, perhaps they left something as basic as a footprint for us to find.

Alien-hunting programs like the Search for Extraterrestrial Intelligence (SETI) have primarily focused on looking for alien transmissions being beamed around the universe, but the probability of success is extremely low. Other methods of alien hunting are therefore being considered and the moon has just become the logical "intelligent alien hunting ground."

If these hypothetical aliens are advanced enough to traverse the vast distances between the stars, and if they decided to pay the Earth-moon system a visit over the past few million years, they may have used the lunar surface as an ideal observation post. Logical, right?.

The idea that some kind of alien artifact may have been left behind then makes sense. This "artifact" could be a footprint, spacecraft or structure -- the LRO can spot the Apollo landers and astronauts' preserved footprints from orbit (pictured top), so it stands to reason that we have the technology to carry out this proposed lunar hunt.

"Systematic scrutiny of the LRO photographic images is being routinely conducted anyway for planetary science purposes, and this program could readily be expanded and outsourced at little extra cost to accommodate SETI goals, after the fashion of the SETI@home and Galaxy Zoo projects," Davies and Wagner point out.

Although the probability for success is low, building a crowd-sourcing effort like the hugely popular SETI@home and Galaxy Zoo projects could be a very efficient and low-cost means to analyze the lunar surface.

Simply distribute images being beamed back from lunar satellites to participating members of the public -- using PC idle time (like SETI@Home) or asking for voluntary participation (like Galaxy Zoo) -- and see if any strange shapes in the lunar regolith need some follow-up investigation.

With a lot of search time using low cost crowd-sourcing techniques could result in a profound discovery if aliens did decide to camp out on our moon at some point in history. The moon may be keeping a record of their campsite. - discovery 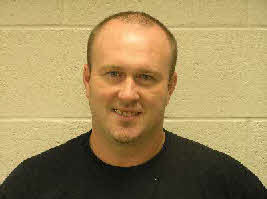 NOTE: maybe he tried to steal back the Bigfoot body...Lon


Patient dies after rats bite him
At a time when chief minister Mamata Banerjee is repeatedly urging the doctors and nurses to serve the patients with a human face, a patient died at the SSKM Hospital in Kolkata on Friday after his penis was allegedly nibbled by rats.

Arun Sandhukha, 53, from Sreerampore in Hooghly, was admitted at the new emergency ward of the hospital since December 11 with pneumonia. In the morning, when his family came to visit him, he was lying on the bed in a pool of blood. “No nurse was found at the scene and he was writhing in pain. His penis had been nibbled by rats,” on his relatives Bishwanath alleged. At around 4.15 pm, Sadhukha died of his injuries. The hospital authorities have admitted the presence of rats at the ward, Bishwanath claimed.

Earlier in the day, in another case, a government doctor was found treating patients in an inebriated state at the Bolpur sub-divisional hospital in Birbhum. Kalipada Das was found in a druken state in the emergency department by a patients’ family. Facing protests, Dr Das admitted: “I drank on Thursday night due to domestic problem.” - asianage


The Heavy Stuff
Ufologist / amomalist Rick Phillips has a collection of oddities from the past year, described in The Top Five Fortean, Anomalous, And Unexplainable Events Of 2011.

Hi Lon, I'm going to relate a experience that occurred back in the mid 70's. Myself and three of my friends were teens at the time and lived in north eastern Ohio in the Akron area. there was still plenty of wooded areas that could've easily supported a so called bigfoot without to much trouble.

It was a beautiful summer night in July and somewhere around 1:30 am. The two girls wanted to go to a place we hung out at during the day quite often. We called it the "blue lake" because ....that's right the water was blue. Anyway this particular night we parked the car off the side of the road and hiked along the train tracks till we got to the edge of the small hill that led down to the lake which really was an old gravel pit that filled up when they hit a spring. Now we had all been swimming in the blue lake many times before and knew that your first step in the water took you almost to your waist and two more steps and it was over your head. Well just before we were going to descend down the sharp incline to waters edge one of us spotted a comet in the clear summer sky. We all fixed our stare to this heavenly body with its long tail slowly making its way across the sky I kept hearing a strange sound. I could best describe it as if you were walking in some fairly deep mud and that suction sound your boots would make as you took each step. While my friends were staring into the sky I turned my gaze towards the incline down to waters edge and there I saw what I thought at first was a man walking on the water but soon realized it was no man at all! At that point in my life I had never heard of a "big foot" so honestly did not know what i was looking at. After a few seconds of looking at this creature I reached over to one of my friends and said "look" which he did and then screamed and took off down the tracks followed by the two girls who just started running because of his scream but they didn't see anything. In the mean time I'm still mesmerized by this creature and looking at it just below me at around a 25-30ft. incline. It had stopped probably when it heard my friend scream when it suddenly looked right at me and started to turn to ascend the incline towards me. Has I watched it take its first couple steps towards me I was still trying to figure out in my mind what I was looking at when I decided I better run as well. I soon caught up with the girls and we all made it to the car . Now no sooner did we start the engine when suddenly we were surrounded by police cars. Lights flashing everywhere and we are trying to come up with a story of why we would be out past curfew with the two girls when the officers came up to our car. The first thing they asked was "what did you guys see back there?" We said we didn't see anything and after a brief search of the car they let us go on our way.

For years I called this thing the "muck monster" not knowing what I had seen. It sure fits the description of the Big Foot except I didn't smell anything. That could of been because of the wind direction I suppose. I just wish I had stood there just a little longer so I could have seen it in the light of the moon as it got higher on the incline. I also wish we would told the police what we saw because they must've known something by the way they came down on us with probably their whole night force. Oh well too late for that now but I would sure like to see one again someday. If I win the lottery I'm going big foot hunting for sure!
Lon Strickler at 2:56 PM
Share
‹
›
Home
View web version