Just the Facts? - UFO Mecca in Australia, 8.7M Species on Earth and Bees on a Plane 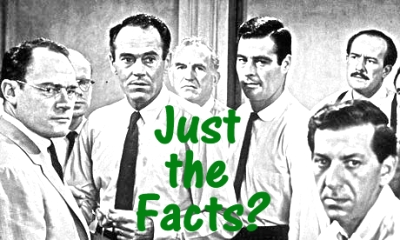 During his investigations into recent UFO sightings in the region UFOlogist Alan Ferguson met with locals to hear about their unexplainable experiences, and a group of people gathered near one of the last sighting places, the Strongbala Men’s Healing Centre, on Thursday night, where a group of sceptics and believers spotted an unidentified flying object in the sky.

“I guess the time for sceptics is over,” UFOlohgist Ferguson said.

A bright light appeared on the night sky, while Mr Ferguson was interviewing people, who said they believed they had seen UFOs over Katherine before.

“It was a bright white light.”

Witness Carrina Turner, 23, said the light was hovering in the sky, “really, really bright”, before it disappeared all of a sudden.

"But a few seconds later it was back, and it was kinda going on and off, like it had a pulse,” she said.

Mr Ferguson said before the UFO disappeared it “shot” across the sky “at speed”.

“It was going at least twice as fast as a satellite would normally travel across the sky”, he said.

“During my investigations I ask a lot of questions to get a feel whether people just wanna bulls... you or whether it’s believable what they’ve seen.

“When I came to Katherine I did not expect to find so many people who had seen and documented their UFO experiences.

"Katherine is in a UFO hot spot.”

In the recent weeks a lot of people have come forward with to tell their stories about UFO sightings. - katherinetimes


8.7 million species exist on Earth
Our world is a much wilder place than it looks. A new study estimates that Earth has almost 8.7 million species, but we’ve only discovered about a quarter of them. And some of the yet-to-be-seen ones could be in our own backyards, scientists say.

So far, only 1.9 million species have been found. Recent discoveries have been small and weird: a psychedelic frogfish, a lizard the size of a dime and even a blind hairy mini-lobster at the bottom of the ocean.

“We are really fairly ignorant of the complexity and colorfulness of this amazing planet,” said the study’s co-author, Boris Worm, a biology professor at Canada’s Dalhousie University. “We need to expose more people to those wonders. It really makes you feel differently about this place we inhabit.”

While some scientists and others may question why we need to know the number of species, others say it’s important.

There are potential benefits from these undiscovered species, which need to be found before they disappear from the planet, said famed Harvard biologist Edward O. Wilson, who was not part of this study. Some of modern medicine comes from unusual plants and animals.

“We won’t know the benefits to humanity (from these species), which potentially are enormous,” the Pulitzer Prize-winning Wilson said. “If we’re going to advance medical science, we need to know what’s in the environment.”

Biologists have long known that there’s more to Earth than it seems, estimating the number of species to be somewhere between 3 million and 100 million. Figuring out how much is difficult.

Worm and Camilo Mora of the University of Hawaii used complex mathematical models and the pace of discoveries of not only species, but of higher classifications such as family to come up with their estimate.

Their study, published Tuesday in the online journal PLoS Biology, a publication of the Public Library of Science, estimated the number of species at nearly 8.7 million.

Of those species, 6.5 million would be on land and 2.2 million in the ocean, which is a priority for the scientists doing the work since they are part of the Census of Marine Life, an international group of scientists trying to record all the life in the ocean.

The research estimates that animals rule with 7.8 million species, followed by fungi with 611,000 and plants with just shy of 300,000 species.

While some new species like the strange mini-lobster are in exotic places such as undersea vents, “many of these species that remain to be discovered can be found literally in our own backyards,” Mora said.

Outside scientists, such as Wilson and preeminent conservation biologist Stuart Pimm of Duke University, praised the study, although some said even the 8.7 million number may be too low.

The study said it could be off by about 1.3 million species, with the number somewhere between 7.5 million and 10.1 million. But evolutionary biologist Blair Hedges of Penn State University said he thinks the study is not good enough to be even that exact and could be wrong by millions.

He found the world’s smallest lizard, a half-inch long Caribbean gecko, while crawling on his hands and knees among dead leaves in the Dominican Republic in 2001. And three years ago in Barbados, he found the world’s shortest snake, the 4-inch Caribbean threadsnake that lays “a single, very long egg.”

The study’s authors point to other species as evidence of the growing rate of discovery: the 6-inch, blind, hairy lobster-type species found in 2005 by a submarine looking at hydrothermal vents near where the Pacific meets Antarctica and a brilliant-colored frogfish found by divers in Indonesia in 2008.

Of the 1.9 million species found thus far, only about 1.2 million have been listed in the fledgling online Encyclopedia of Life, a massive international effort to chronicle every species that involves biologists, including Wilson.

If the 8.7 million estimate is correct, “those are brutal numbers,” said Encyclopedia of Life executive director Erick Mata. “We could spend the next 400 or 500 years trying to document the species that actually inhabit our planet.” - discoveryon

The canisters fell off a Greyhound bus just after 5 a.m. as the bus traveled around the curve of the ramp just south of downtown Nashville.

Fire and emergency crews were called to the scene amid reports of a foul odor.

When they discovered four unmarked canisters with steam and an unpleasant odor coming from them, they shut down the on-ramp and called HAZMAT crews.

Officials traced the containers to Greyhound after finding bus tickets on the ground. The bus did not know it lost its load and had continued on.

Authorities called Greyhound, who, after speaking with the driver the bus, determined the canisters to be filled with straws of frozen sperm packed in liquid nitrogen.

The load originated in Columbus, Ohio and was en route to a breeding facility in Laredo, Texas.

Canisters like they ones strewn across the interstate typically carry between 300 and 400 straws, each containing one-milliliter of sperm.

Depending on the bull the sperm came from, straws are worth between $18 and $50 each, according to experts. It's possible the load that fell off the bus Tuesday morning was worth as much as $80,000.

Once the leaking canisters were deemed not harmful, they were moved to a grassy area next to the interstate.

A local company was called to assist in the cleanup. The scene was cleared around 9 a.m.

A Greyhound spokesperson said it's not uncommon that the bus was carrying bull sperm.

In addition to transporting people, the also company transports cargo. The canisters were filled with liquid nitrogen and thus could only be transported by ground.

Greyhound said the sperm was stored in a separate compartment below the bus and not near the belongings of passengers. - wkrn


Bees on a plane
Terrified airline passengers panicked when two hives of bees smuggled onto a plane for a flight across Russia escaped in mid-air and began swarming around the cabin.

The bees - sneaked on board the Boeing 757 in cardboard boxes - are understood to have become agitated in the pressurised cabin during the 10-hour Yakutia Airline flight to Moscow from Blagoveshchensk near Russia’s border with China.

The trafficker - who has not been named by the airline - claims an airport official at Blagoveshchensk had asked him to carry the boxes to Moscow where he would be met at the airport.

Official airport documents quoted a passenger as saying that the trafficker was “slightly drunk.” Air hostesses eventually managed to seal the bees inside the wardrobe in the flight’s business section by sealing it with sticky tape.
Lon Strickler at 1:40 PM
Share
‹
›
Home
View web version