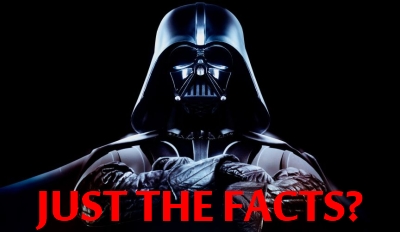 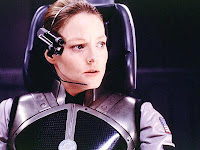 The Oscar winning actress, who appeared in the sci-fi film ‘Contact’, was among those who donated over $200,000 to the SETI institute.

Budget cuts had forced the Californian-based science programme, which has been searching for extraterrestrial intelligence, to switch off their high powered antenna scanning the skies for radio transmission.

The $50m Allen Telescope Array had to be put into ‘hibernation’ effectively ending the quest to make contact with alien life forms.

But following a public appeal, donations to get the telescope back on-line began flooding in and within a matter of weeks over $200,000 was raised.

Foster, who played a SETI researcher in the film ‘Contact’, was among those who contributed.

Apollo 8 astronaut Bill Anders, who flew around the moon in 1968, also donated.

‘It is absolutely irresponsible of the human race not to be searching for evidence of extraterrestrial intelligence,’ Mr Anders wrote in a note accompanying his contribution.

‘Thank you to everyone who helped us reach our goal of getting the ATA back online!’ read a note posted to the SETI website.

‘Stay tuned for updates. We are discovering more Earth-like planets every day, so now is more critical than ever to look for extraterrestrial life.’

The 42 radio dishes that make up the Allen telescope have scanned deep space since 2007 for signals from alien civilisations.

It has also conducted research into the structure and origin of the universe.

The $50million array was built by SETI and University of California with the help of a $30 million donation from Microsoft co-founder Paul Allen.

Officials at the SETI Institute said the donations will get the antenna up and running, but the quest for funding isn't over.

Operating the dishes costs about $1.5million a year, mostly to pay for the staff of eight to 10 researchers and technicians to operate the facility.

An additional $1million a year was needed to collect and sift the data from the dishes.

The Institute is looking for other sources of money for the $2.5million it requires annually to operate.

The SETI Institute was founded in 1984 and has received funding from NASA, the National Science Foundation and several other federal programs and private foundations.

It uses other tools in the quest for alien life, such as a dish at Arecibo in Puerto Rico, the largest radio telescope in the world. - dailymail


UK X-Files: Nanu Nanu! - 'Mork and Mindy' investigate UFO sighting
It was a claim that was handled with a certain amount of scepticism - that two men dressed as TV's Mork and Mindy had come to investigate a UFO.

A woman complained to police that the mystery pair came to her door after she saw 'worm-shaped' UFOs 'wriggling around in the sky' over East Dulwich in London in 2003.

Revealed in the latest release of the Government's 'X-Files' today, the unidentified mother and her daughter reported it to the police but the constables who attended the scene were joined by two men dressed in 'space suits and dark glasses who called themselves Mork and Mindy'.

The woman complained of being made 'to look foolish'. In a letter dated January 21 2003, the woman says 'your men have fed us with a lot of rubbish, presumably to make us look foolish and our story unbelievable, which they have succeeded in doing'.

Police told the MoD they sent two ordinary PCs to the address but 'they could not see anything in the sky and concluded it was possibly a reflection of a star and a street light in her window.'

Other files reveal claims of sightings of extraterrestrial activity at the Glastonbury Festival and a flying saucer outside Retford town hall.

They also tell of how the RAF was secretly mobilised to intercept a UFO near a military base in 1956.

The files contain first-hand testimony on the famous 1956 UFO incident at RAF Lakenheath in Suffolk.

Retired RAF fighter controller Freddie Wimbledon remembers the air force scrambling fighter planes to intercept a UFO seen on radar and by observers on the ground.

The UFO reportedly latched onto to a fighter plane, 'following its every move' before speeding off at 'terrific speed'.

Staff involved were sworn to secrecy, but one official recalls being shown gun camera footage of the UFOs taken from aboard the aircraft at a special MoD screening in 1970.

The new files also reveal that defence experts were called in to examine a 2004 photo of a 'flying saucer' taken outside the town hall of Retford in Nottinghamshire.

The series of images were captured by Alex Birch and having ruled out lens flares and aircraft, he contacted the Ministry of Defence, who sent them to the Defence Geographic and Imagery Intelligence Agency (DGIA) in July 2004.

The photograph was digitally enhanced and the DGIA report stated: 'No definitive conclusions can be gathered from evidence submitted, however it may be coincidental that the illuminated plane of the object passes through the centre of the frame, indicating a possible lens anomaly, eg a droplet of moisture.'

Another report describes mysterious lights seen moving 300ft above the Pyramid stage at the Glastonbury Festival on June 28 2003.

A file also contains a number of sightings reported to the MoD during the summer of 2006, that describe formations of orange lights in the sky.

These appear to be observations of Chinese lanterns, released at parties and public events, the experts concluded.

Other incidents include UFOs spotted by the pilot and passengers of an aircraft over the Channel Islands in 2007 and F-16s scrambled to intercept UFOs over Belgium in 1990. - dailymail


Experts Say Belief in Paranormal Common in US
Surveys show that more than two thirds of Americans accept the existence of ghosts, visitors from outer space, astrology and other paranormal phenomena. While the more sophisticated might think of these people as crazy, social scientists take a different view.

A horse-drawn carriage takes tourists through the streets of historic Jefferson, Texas as the sun begins to set. Many tourists come here to take part in ghosts walks in which guides tell the stories about various buildings and houses thought to be haunted.

Some people might regard belief in ghosts as loony. But it is not, according to psychologist Brian Cronk at Missouri Western State University in St. Joseph, Missouri. “This is not abnormal in any way, shape or form," he said.

Cronk, who has guided students doing research on people who profess belief in the paranormal, says humans are driven to seek answers to profound questions. “One of the things the human brain does that, as far as we know, other animals do not do, is we are always trying to predict the future and explain why the past has happened and that leads us to always trying to come up with reasons for things," he said.

Another researcher taking a scientific look at paranormal belief is Sociology Professor Carson Mencken, at Baylor University in Waco, Texas. He and his colleagues have found that those who believe in these phenomena are usually ordinary, solid citizens. “They hold normal jobs, they have families, they pay bills. They are otherwise upstanding people who have what we consider to be a deviant or odd hobby," he said.

They found, for example, that men tend to believe in space aliens more than women do, but that women are more inclined to believe in fortune telling and spiritual encounters.

They found that those who dropped out of high school are more likely to believe in ghosts and psychics, but they also found that people with higher education levels were involved in other paranormal pursuits.

Mencken says those drawn to the paranormal are sometimes seeking discovery, such as evidence that UFOs or ghosts exist, but he says many others simply seek enlightenment. “They are looking for some revelation, a deeper understanding about how the universe works, about what happens to you after you die," he said.

Religion provides the answer to those questions for many people. Among churchgoers, Mencken says liberal, mainstream religions are more likely to tolerate members with paranormal beliefs than are Protestant evangelicals and others with a stricter interpretation of the Bible.

“They are likely to see the paranormal as one of two things, one is yes, it exists, but it is part of an evil plot by Satan or, you know, it is heresy," said Mencken.

Mencken says the United States has drawn on other nations and cultures for much of its paranormal beliefs and that immigrants from Latin America, Asia and elsewhere are contributing their ghosts and spirits to the mix. - VOA 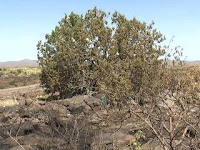 'Mystery Tree' survives fires
A tree north of the Valley is getting renewed attention this week after surviving another of our state's wildfires.

After 16 years on the job, Skinner knows the tree well.

“I think the tree gives people hope. They see it decorated every year and enjoy it.”

The tree sits just this side of the Badger Springs exit past Sunset Point; a 20-foot-high, bushy juniper tree that is different than most.

Every year it’s decorated for Christmas and Independence Day. Right now, it’s covered with several American flags and yellow ribbons. It also has its own water system set up underneath, with several large drums and a pipe to feed it water.

That’s where the tree gets its name -- the mystery tree. A mystery person or people decorate it every year, but it’s also a mystery because it manages to have survived several wildfires over the years.

Just last week, another wildfire sparked about 200 yards to the south of the tree. It shut down the highway and quickly crept toward the tree.

When it was over, everything around it burned but the tree survived again without a scratch on it.

Maybe it’s the rock formations around the tree, a strange wind current or someone, or something, watching out for it.


Bats on Planes
A bat got loose on an Atlanta-bound flight, forcing horrified passengers to duck for cover.

The flying mammal appeared about 15 minutes after Delta flight 5121, operated by Atlantic Southeast Airlines, took off from Madison, Wis., on Friday, and cruised around the cabin above passengers' heads.

“The captain called the control tower to say the plane was returning to the airport to remove a winged animal,” said Brent McHenry, spokesperson for the Dane County Regional Airport in Madison.

A passenger near the rear of the plane shooed the bat into the restroom and shut the door, to the cheers of fellow riders, according to the Wisconsin State Journal. But McHenry said that by the time the plane landed and all passengers got off, it seemed to have vanished. As airport maintenance staff searched the plane, however, a bat flew out and into the terminal, he said. From there, workers coaxed it out to freedom.

“Our terminal has high ceilings, and it’s not unusual to have a bird flying around inside,” said McHenry. “But the bat created a bit of entertainment for our early morning passengers as maintenance crew members with a large net ushered it outside.”

After a delay of a few hours, passengers were able to re-board continue on to Atlanta.

Jarek Beem, spokesperson for Atlantic Southeast Airlines, said the airline was “confident in the maintenance search and that the animal was no longer on the aircraft at the time of the next departure.”
Lon Strickler at 4:03 PM
Share
‹
›
Home
View web version