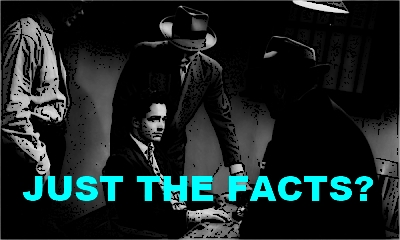 Test confirms Roswell debris is not from Earth
A teacher at the New Mexico Military Institute in Roswell may have discovered the first scientific evidence of manufactured debris made on another planet. Furthermore, this debris was found near the location where pieces from an alleged flying saucer were discovered outside of Roswell in 1947.

Frank Kimbler teaches high school level Earth Sciences and college level Geology at the New Mexico Military Institute in Roswell. He says he has always had an interest in UFOs, and actually had his own unusual sighting in his twenties. So when he moved to Roswell, he decided to put his expertise to the test and take a shot at investigating the most famous UFO incident of all time, the crash at Roswell.

He says his main goal was to find some physical evidence. He started by looking at some satellite imagery of the alleged “debris site.” This is where rancher, Mac Brazel, had told the Air Force he had found pieces of the crashed object. Kimbler used these images to enhance the infra-red in order to highlight areas where the ground was disturbed. He was surprised to find an area that was similar to what witnesses had described. It was about ¾ of a mile long and a few hundred feet wide, and facing the direction witnesses had reported. He also noticed this area had very straight edges, something unusual for a natural occurrence.

His next step was to get out there with a metal detector to see what he could find. He began making trips to the site in May 2010. Using a metal detector that could find a piece the size of a BB, three inches below the surface, he would be able to find small pieces, which was exactly his goal. In previous archeological digs in the area they had sifted dirt through screens with holes large enough for very small pieces to fall through. Kimbler figured that if there was anything left it would be very small and perhaps in animal burrows, or ant hills. An ant hill was actually where he found his first piece. Continue reading at openminds.tv


Indonesian volcano erupts as predicted
Mount Lokon, a volcano in central Indonesia, erupted in fury late Thursday, scattering nearby residents and wreaking havoc. But, because volcanologists have become so skilled at predicting eruptions, there were no fatalities. And none are expected.

For more than a week the mountain has been rumbling and scientists warned that an eruption was imminent. In the past such warnings may have gone unheeded until it was too late.

But because geologists now have such advanced prediction equipment at their disposal, and because of vast experience in other parts of the world, this time local officials were able to evacuate the area long before the mountaintop was blown away by the massive explosion.

The last eruption occurred in 1991 and killed a Swiss hiker. Thousands in the area were caught by surprise and hurriedly evacuated. In the latest eruption, advanced seismology equipment alerted seismologists that the volcano was beginning to build up again.

They have been predicting for days now that the volcano, one of nearly 150 in Indonesia, part of an area known as "The Ring of Fire," was about to erupt. The amazing thing is that they were absolutely right.

This means that volcanic eruptions around the world may be predicted with more accuracy and with less false alarms. It's a tremendous success, amidst terrible destruction, and means that many lives may be saved in the future. Lives that, until now, were doomed to end in catastrophe. - gather


Librarian Bats!
Hundreds of bats watch over two of the oldest Portuguese libraries daily, in the University of Coimbra and the palace of Mafra. It's their ability to catch bugs that makes sure the books are kept safe.

Bats are the only mammal capable of flying and only do it during the night, making high-pitched sounds inaudible to the human ear, making it hard to study the 26 species known to exist in Portugal.

One night in 2008, Professor Jorge Palmeirim from the Science Faculty in the University of Lisbon, gathered his sound-equipment and went to King John's Library in Coimbra to try and understand which bats have been using the shelters in that place for over 200 years.

"I couldn't see them, just hear them, but according to the droppings I found, I can say that there live at least 2 different species of bats", says the professor.

In the entire country only one other library is known to shelter bats, in the Palace of Mafra and is thought that their preference has to do with the antique wood paneling.

"Bats are also very conservative when it comes to shelters. They tend to use the same shelters for several generations and prefer old buildings", the professor explains.

In Coimbra there are 200 years-old documents testifying the purchase of the same type of animal hide still in use today to protect the antique tables in King John's Library from bat droppings daily.

"Bats have been living in the library since ever. The library tables are protected with hide every night, because they are also antiques and the bats fly freely, eating the bugs," says the director of King John's Library, Carlos Fiolhais.

In Mafra it's also the bats and the good environment provided by the high ceilings and the 18th century wood paneling, that explain the "excellent state" the books are in, explains librarian Teresa Amaral.

A bat can eat up to 500 bugs daily, so no wonders that they leave the libraries during the night to hunt. The coming and going of the bats is made possible by the holes common to old libraries. - twitlonger 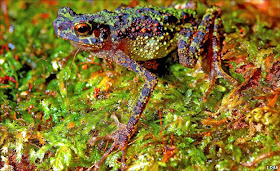 Extinct toad croaks again
A colourful, spindly-legged toad that was believed to be extinct has been rediscovered in the forests of Borneo.

Scientists from Universiti Malaysia Sarawak (UNIMAS) found three of the missing long-legged Borneo rainbow toads up a tree during a night time search.

The team had spent months scouring remote mountain forests for the species.

Conservation International, which launched its Global Search for Lost Amphibians in 2010, had listed the toad as one of the "world's top 10 most wanted frogs".

Dr Indraneil Das led a team that searched the ridges of the Gunung Penrissen range of Western Sarawak, a boundary between Malaysia's Sarawak State and Indonesia's Kalimantan Barat Province.

After several months of night-long expeditions, one of Dr Das's graduate students eventually spotted a small toad in the high branches of a tree.

"Thrilling discoveries like this beautiful toad, and the critical importance of amphibians to healthy ecosystems, are what fuel us to keep searching for lost species," said Dr Das.

"They remind us that nature still holds precious secrets that we are still uncovering."

Dr Robin Moore of Conservation International, who launched the Global Search for Lost Amphibians, was delighted by the discovery.

He said: "To see the first pictures of a species that has been lost for almost 90 years defies belief.

"It is good to know that nature can surprise us when we are close to giving up hope, especially amidst our planet's escalating extinction crisis.

"Amphibians are at the forefront of this tragedy, so I hope that these unique species serve as flagships for conservation, inspiring pride and hope by Malaysians and people everywhere." - BBC


YAHTZEE!
Police have arrested three brothers in Minnesota for allegedly slaying their mother on Christmas because she wanted to play Yahtzee and they didn't.

The brothers are also accused of hiding their mother's remains, which were discovered buried in the family's backyard last week

Jacob Cobb, 17, allegedly strangled mom Tamara Lee Mason on the living room floor when she suggested that her sons play the board game in the rural town of Alberta last Christmas, the Minnesota Star-Tribune reported.

Then he or his brother Andrew, 18, placed a plastic bag over her head and tightened a belt around her neck, TV station KARE said.

Their half-brother Dylan C. Clemens, 25, drove Mason's remains to South Dakota and back to Minnesota, hiding her body for months in a garbage can in a shed until the frozen ground softened enough to bury her in the backyard, police claimed.

"It is very strange," Stevens County Sheriff Randy Willis said Tuesday. "She wanted to play Yahtzee and they didn't. That seemed to be, in their minds, what expedited her sudden demise."

Jacob Cobb was held in juvenile court for second-degree murder while Andrew and Clemens were charged with being an accessory to murder after the fact, the Weekly Vice said. - HP
Lon Strickler at 4:06 PM
Share
‹
›
Home
View web version