Rapture zealot suffers stroke
Harold Camping, the Doomsday radio preacher who sparked international media attention by predicting the end of the world last month, has been hospitalized after suffering a stroke at his Alameda home Thursday night.

The 89-year-old radio evangelist and president of the Oakland nonprofit Family Radio was taken by ambulance from his house Thursday night, a neighbor said, but his well-known, gravelly voice that led many believers to donate millions of dollars to his cause may never be the same.

"He had a stroke, it was on his right side," said the neighbor, who declined to give her name but said she and her husband helped and comforted Camping's wife, Shirley, as the drama unfolded Thursday night.

Her husband spoke again with Shirley Camping on Friday. "His speech appears to be a little bit slurred but otherwise he's OK," the neighbor said. "(Shirley) said he was doing good "... and the only thing that's affected is his speech."

There was no answer at the door of the Camping home Saturday afternoon and all of the curtains and blinds were drawn. A GMC pickup with a Family Radio bumper sticker and a white Buick sat in the driveway.

"Please just pray for him and do not try to contact anyone at his home or Family Radio," Menut wrote. "He and Shirley have enough family members to handle the situation. I'm sure we'll be able to publicly update everyone on Monday."

Menut could not be reached at his home or office Saturday.

"We will be praying for Mr. Camping and his family," one supporter wrote in reply to Menut's posting. "The Lord has been so merciful to allow Mr. Camping to faithfully teach the scriptures for over 52 years. I'm sure Mr. Camping is thinking right now that he wants God to receive all the glory the for the ministry of Family Radio."

Camping gained notoriety in recent months as the calendar closed in on May 21, the Saturday on which the Doomsday prophet said Judgment Day would occur and true believers would be taken to heaven.

That attempted prophecy gained the world's attention primarily because Camping wanted it that way. Family Radio, an empire of more than 70 radio stations that was estimated to be worth $72 million in 2009, spent more than $100 million over the past seven years publicizing the Rapture. Billboards guaranteeing the end of the world were present throughout the world and some followers drove RVs all over the United States to alert people.

But Camping was mocked nationally by talk-show hosts and the subject of protests, both by believers and nonbelievers alike. Some Christians called Camping a false prophet, and the American Atheists paid $27,000 for five weeks of billboard space in San Francisco, denouncing the Rapture, along with hosting a party that May 21 weekend.

Camping said he took his wife to a hotel during the weekend of the predicted Rapture and that the phone in his Alameda home rang constantly and strangers knocked on his door. It was, he said, "a very difficult time for me."

When the world did not end, Camping told reporters that the world would instead end Oct. 21 and argued that despite no physical evidence to the contrary, his point of view was correct. - insidebayarea


Close Encounters
MUFON CMS - 10/1994: In the mid-1970's I was riding my mother-in-law's bike and a very large disc shaped, silvery space ship hovered over me...I started riding around noonish and suddenly 5 or so hours just vanished. It was getting dark..but I hadn't gone anywhere! But my sighting report is not so much about seeing this UFO...it is about my many encounters with extraterrestrial beings, mostly in my home. All together, there have been 9 encounters..the one that stands out in my mind the most: My daughter and I were coming home from a long day of work and school. She went directly to take her shower to get to bed quickly...I gathered up her things and walking from the kitchen to the living room...suddenly three beings..not human..appeared before me. I was stunned to say the least. They were each different in size and shape, but all had medium grey coloured skin, longish arms, fewer fingers than humans, a large head and prominent eyes..very big eyes with a seemingly second eye. The first one to the left was larger than the others...he looked directly at me as I was only a foot or so from him I could see him well. The one standing next to him was a bit smaller and the third was smaller yet, standing in the doorway of the bedroom. The larger one said telepathically to me: "We're sorry you saw us; we're leaving now"...The whole room became bathed in a glow of sparkley substance...they literally went up through the ceiling and disappeared. All the time they were with me I sensed they were benevolent...almost kind. It was an amazing experience I could never, ever forget. I told my daughter immediately as she wrapped her towel around her...I was concerned that she was OK...did they see her too? I wondered. We stayed up a long while, hugging and wondering who they were....The next morning as we were in the kitchen, she asked me "What are those red dots on your arm, Mama?" I looked and saw them in a circle. I then checked to see if she had them and she did. I realized they had come to see her too! I have told a few select people..friends..family..but not many. It was a lot to "wrap one's brain around". Since that night (and prior to that encounter) both my daughter and I have had further encounters with them. I am glad to report they never caused us any physical pain and every time seemed to express a concern for our well-being. I am more curious now than afraid.


Credit card thieves go grave robbing
Making the news this week, a woman who stole credit cards from a terminally ill patient, and another who ripped off her dead parents.

In previous weeks, stories about credit card crimes in the media have involved petty criminals stealing credit cards from churchgoers and teachers. Apparently, some thieves decided they needed to up the sleaze ante.

The first story is particularly sad. Dora T. Chatmon, 24, was providing in-home care for a terminally-ill woman in Lewiston, N.Y. She and her boyfriend, Leonard James, 19, used the woman's credit cards to make $13,000 in purchases between September 20 and October 12 last year. How low can you get?

Chatmon and James each blamed the other, which somehow makes me think they won't be staying together as a couple, but the judge felt that they both deserved some jail time. They each received four months of weekends in jail, five years' probation and will each have to pay back $6,450.

In the case of the woman who ripped off her dead parents, perhaps that is a little more forgivable, since they obviously weren't going to be using the credit cards any longer. Still, a crime is a crime, and this is a pretty serious one. Julie H. Frias, a 52-year-old in Edmond, Okla., spent more than $53,000 on her deceased parents' credit cards.

She and her husband, Domingo, traveled to Europe, Mexico, Texas and Nevada. They even purchased season tickets from Oklahoma State University, which makes me think any OSU fan reading this now is likely thinking, "OK, she can't be all bad…"

But of all the stories out there, the most ambitious and audacious is Jannie Lee's story. Boy, if she only used her time and energy for good.

Lee, a 28-year-old who apparently lives in the Tacoma, Wash., area, somehow got her hands on a commercial banking account number and came up with an ingenious, if highly illegal, scheme to make money.

Her group of scammers allegedly contacted up to 1,800 people with credit card debt and offered to settle their debt if they paid Lee half of what they owed on their card. They would provide their credit card account information, and Lee would pay off the rest of the debt using the ill-gotten commercial banking account.

For example, let's say I owe $1,000 on my credit card and I fall for Lee's scam. I would give Lee $500 in cash, and then she would pay off my $1,000 credit card debt with the illicit commercial banking account number. I'm happy because I paid my debt off with half the amount of money, and Lee is very pleased because she has just collected $500.

Lee's scammers allegedly got away with using the bogus corporate account to pay off credit cards and utility bills for two years before the account owner finally caught on. Lee is in jail right now and will likely stay there for awhile, unless anyone wants to pay off her $500,000 bail. - cardratings 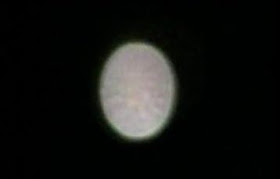 More UFO activity over Rotorua, NZ
Claimed sightings of a UFO over Rotorua have been posted on video-sharing website YouTube.

Someone who goes by the username Horsefarmer1000 posted the video on the popular website on June 5 and in the information attached claims the footage was taken about 9.30pm on June 2.

Rotorua Astronomical Society vice-president Brian Hurren says the video - which is about 90 seconds long - may be anything from an out-of-focus star to an unusual plasma ball.

On the website the man said he saw a strange light above his farm and drove towards it to get a better look.

"[I] drove up the farm in a truck and seen a large object bigger then my truck hovering 20 meters off the ground at 2000 feet away," he wrote. [It] was just like a big ball of energy pulsing colours of yellow, pinky, purple."

He said as the object moved it changed shape - when it moved up it went flat and when it went down it would be more rounded.

The man told The Daily Post yesterday he was unavailable to comment because he was too busy.

He said he wasn't sure what the object was.

"It just looked like an out-of-focus star," he said, adding it could also have been a plasma ball - a ball of gas - but they were rarely seen in New Zealand skies.

Mr Hurren said he would need more information about the object to be able to decide what it was.

"There is usually a reasonable explanation for everything," he said.

The sighting comes two months after Rotorua's Craig Baird saw what he thought could have been a UFO over Waikite Valley.

He said whatever it was seemed to take off from somewhere around the Waikite ranges or further away, between 6.30am and 6.45am.

Mr Baird said the "thing" seemed to stop and hover for about two minutes when it reached the clouds. - nzherald

"There's this disc above the lake," longtime resident Glenn Frohring said. "It just hovered there and all of a sudden it was like it was on a giant rubber band and went woof just like that."

Frohring said he believes the disc he saw that day in 1954 was a UFO. And there were other sightings during that same decade.

"I just remember them saying it was a UFO and this man saw it and went home to get someone and came back and it was gone," Clemson recalled.

She was seven years old at the time.

The subject of UFO sightings resurfaced with the planned opening of Observatory Park, which will offer a unique look into outer space. The facility is about a mile from the farm Patti Clemson's grandparents once owned.

"I'm sure it happened," she said of the mysterious crop circles.

Frohring has a theory about why there were so many UFO sightings in the 1950s. He believes it had something to do with the setting off of atom bombs.

And why were the sightings in Geauga County and not Cleveland?

"It's rural," Frohring said. "People are outside." - newsnet5