The much anticipated 'Bigfoot Face Print' press conference called by the Sanger Paranormal Society on Thursday, June 23rd at 4 pm PDT in Fresno, CA was, in fact, a mere whimper in spite of the hype. It wasn't exactly a Biscardi 'Bigfoot in a freezer' production though the overall Bigfoot community will most likely be dealt a another blow in public opinion thanks to the rudimentary display proffered by the Sanger Paranormal group.

It sincerely pains me to make these comments...Jeffrey Gonzalez is a colleague who has supplied leads and stories to me in the past. But I am troubled by what I witnessed. I feel that I need to be particularly honest when it comes to the search for this cryptid...especially since I had a personal encounter with one of these hominids and know that it does exists. Bigfoot could be a terrestrial creature, a supernatural entity or a multidimensional being...it doesn't really matter. But I know it is real and dwells in some capacity.


The new evidence was touted as "Potentially the Most Convincing Evidence of Bigfoot Since the Patterson Film of 1967". Well...it wasn't. The consensus from Bigfoot researchers I talked to and who watched the press conference is that the creature in question was a California Black Bear. There was no DNA evidence presented because, it was stated, the cost for testing was too high. Gonzalez announced he is seeking donors to supply funds for further examination...though I have been told that at least one research group offered to pay for testing but was turned down by Sanger Paranormal. If this is indeed a fact, then one must wonder if other motives are already in play...for instance; potential investors. This is just speculation but the tone of the press conference sounded very similar to others I have observed.

The media advisory also stated "We have an full upper body impression including half of its face on the passenger side window of a pickup truck. And on the driver's side window, the nostrils, nose and lips of a Bigfoot" Most of the photos were presented at the conference though the better photos were reserved for the media packets...one of which I was able to obtain through another associate. 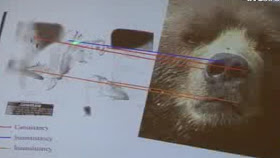 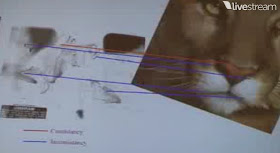 The Sanger Paranormal team was said to consist of:

1. Is an award winning High School Principal with a Masters Degree, Formerly a Science Teacher and a former investigator for www.BFRO.com.

2. Correctional Officer for 19 years and is Employed at a prison in California. Was featured on a Episode of Monster Quest titled” the Sierra Sasquatch”.

3. Is a employee at AT&T Telephone. Associates Degree in Electronics. Founder of the www.SangerParanormalSociety.com (this is Jeffrey Gonzalez)

Also, a 14 year Forensic Specialist who is friends with 2 of the people mentioned above was called out to come and take photos and swab For DNA. 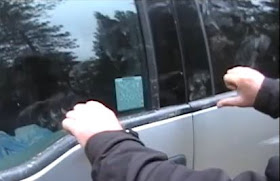 This forensic specialist, in fact, works for the police department. He may have swabbed for DNA but he is not an expert in zoology...in light of the fact that he made comparisons to animal physiology in his presentation. He attempted to line up the evidence with facial features of a black bear, mountain lion and a gorilla in order to make a point that the smudges were that of a hominid species...though he did not discount that it may also be a bear. 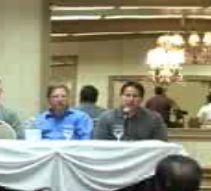 Members of the press heading for the exits early

At that point, the credibility of the exhibition started to go south. In fact, the streaming video showed many of the media gathering their equipment and heading for the exits. I stayed online for the remaining portion of the pitch even though it was apparent that there would be no tangible physical or anecdotal evidence.

It will be interesting to read and hear the fallout from this demonstration as it most likely will be remembered as just another chapter in the 'Bigfoot Side Show'. 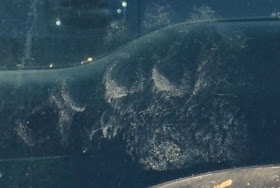 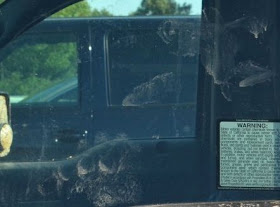