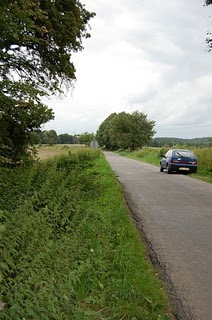 This is the area where the sighting took place

In late Autumn in 2000 two witnesses encountered strange flying figure in Koniewo in northern part of Poland. The tall, long-haired being was flying in a unusual position in close vicinity of two terrified witnesses. The observation was accompanied by strange, loud rumble coming out of the forest.

The being was well visible. It was flying with face turned to us. It was long-haired and about 1.5 – 2 m. (5-6.5 ft) in height! It flew over the road and then disappeared in the branches” – says Mr. Mariusz G. who in 2000 had a weird encounter with a flying figure.

Mariusz G. is 24-year-old paramedic working in a hospital in Olsztyn – a capital city of Warminsko-Mazurskie Wojewodztwo in northern Poland. He is also studying in Gdansk. In 2007 he decided to relate his encounter with weird flying humanoid that took place in 2000 to Mr. Michal Kusnierz – a member of Polish UFO reporting and researching group NPN.

“It was one of many evenings when I was returning from my buddy in Koniewo (located about 6 km. away from Lidzbark Warminski). There used to be a whole crowd of us there – we used to visit him in free time . About the midway between the city and this village there is a valley with two sharp curves surrounded with small forest. At that night I was traveling with my colleague. It was late autumn but there were no snow around. It was about 11 p.m.”

“We were returning by bikes. We were talking, as I can remember, about our colleague who opened a gym in his cellar. We found ourselves on a straight path nearing the mentioned valley. Although it was late the Moon enlightened all around.”

After about 70 – 100 m. (230 – 300 ft) something urged me to look right. We were pedaling slowly, when suddenly a figure flying along the forest rim appeared. It was very well visible! It was flying with its face turned to us. Then we stopped. My colleague without resistance throw the bicycle away and began to flee away, as every normal man in similar situation”, he recalls.

“Personally, I don’t believe in ghost and I was never interested with similar matters therefore I began to search for some rational explanation. With my heart in my mouth for several or dozen of seconds I remained focused on this extraordinary event. To my fear I could hear terrifying sounds coming out of the forest. It was a loud band and I find it difficult to compare it to anything.”

The witness stated that the sound resembling loud and terrifying rumble after some time began fading to start again for a while.

“I regretted then that I hadn’t fled away with my colleague. Then I turn back and crying I began pedaling to catch my colleague that was already beyond my sight range. I caught him already in vicinity of the village. We then returned to our buddy home asking his mother to give us a lift.”

The whole experience of then 17-year old Mariusz lasted more than minute. The other (then 22-year-old) witness fled away just after seeing the flying humanoid that remained in their sight for several seconds.

When both of the witness found themselves again on the road they couldn’t see the being again. 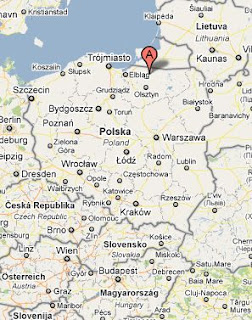 He describes the flying figure:

“It was flying on its side with its face facing us. It was long-haired and about 1.5 – 2 m. in height. It appeared above the road and then disappeared in the branches. It wasn’t equipped with any device – it was simply levitating being on its side and flying ahead. It was gray figure, the face wasn’t visible and there is no possibility to guess its sex. Was it dressed? It’s a good question… It was about 100 m. awal, it was gray… I rather cannot say anything about its clothing. The body outline was detectable as well as long hair. I also could notice the other end of the figure, i.e. its feet. The entire figure was light-gray, as if a shadow…”

Mariusz stated that at first he took it for some kind of mirage and therefore he decided to remain in place for a while and observe. “Then all the illusions fade away and I thought only how to reach my colleague.”

“I had never thought that I met something like this in my life” – the witness added. “For me it was something provoking my fear and terror. It left a trace in me, because I was extremely panicked. It is still today that when I talk about it I feel some kind of uneasiness inside…” - npn.org.pl

In April 2008 I received a report of a possible flying humanoid sighting in Borne Sulinowo, Poland: 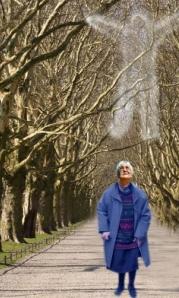 An artist's rendition of the sighting

On this particular day, Mrs. Izydora from Szczecinek, northern poland went with her husband on a trip to Borne Sulinowo area. The man parked their car and soon they departed. While her husband went toward the local forest, Mrs. Izydora decided to stroll amongst ruins of the local military base. It was about 1-2 p.m.

Suddenly woman felt strange but decided to walk further. After a while she unexpectedly noticed in the mid-air some kind of semi-transparent entity. As she said, it looked like a “misty figure” of a man hovering several meters above the ground. Mrs. Izydora (71) could see its exact shape since the silhouette was outlined by whitish contour making it quite noticeable.

For some time the witness remained as if paralyzed and unable to scream while the being was hovering nearly directly above her. It remained in the air in a distance of a few meters and kept its arms stretched “as if preparing to flight”. After a while of observation woman decided to retreat to her car parked nearby.

Scared woman began her retreat to the car, but then she noticed that the being started to follow her and rapidly flew above disappearing in the nearby woods. Then woman called her husband and forced him to leave the place immediately. She told him about the weird incident two days later. 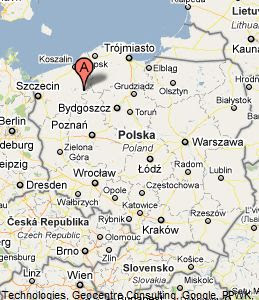 Woman used a word “male” in description of the being’s appearance. As she told the being despite the lack of distinctive details of appearance had a solid and massive shape, resembling a tall man. It moved smoothly and without any sound. Mrs. Izydora said that the being seemed to be “misty” with a distinct outline.

The whole observation lasted a few minutes but Mrs. Izydora couldn’t recall it exactly. Another interesting fact is some kind of possible influence of the witness physical condition. Mrs. Izydora felt weak but it isn’t clear if it was connected with the being appearance. The other feeling was paralysis which prevented her from calling husband. A strange feeling passed away as soon as being disappeared in the woods.

As it is mentioned above Mrs. Izydora decided to talk about the incident after a few days. We talked to her after more than half a year after the encounter and she still was frightened. She told us that she never expected to experience such an encounter with something she could not explain rationally. Beside Mrs. Izydora is open-minded person she doesn’t want to come back to that place despite the fact that previously it was often visited by her and her husband.

NOTE: The 'Flying Humanoid' phenomenon has be around for decades...but there has been more attention given to these reports since the more recent sightings in northern Mexico. Are these actual humans...or mystical anomalies (Witches - as suggested by some of the Mexican witnesses). Possibly a cryptid being or an alien entity? There are several references to these sightings throughout the Phantoms and Monsters site - just use the search tool...Lon
Lon Strickler at 4:06 PM
Share
‹
›
Home
View web version