mcdowellnews - In Chapel Hill, folks still talk about the legend of Peter Dromgoole, the University of North Carolina student who was killed in a duel in 1832. Many students have reported seeing Dromgoole’s ghost and the ghost of his girlfriend at Gimghoul Castle, where the young man’s remains are supposedly buried under a blood-stained rock.

But there is another well-known spirit supposedly haunting a section of beautiful and historic Chapel Hill.

Built in the 1840s, the Horace Williams House is located in the college town’s historic district. It is within walking distance of the University of North Carolina and the downtown section. The historic home is owned by the Preservation Society of Chapel Hill and is open to the public, according to a Web site.

Originally built as a simple farmhouse, the residence went through several owners and renovations until it was purchased by Horace Williams in 1897. Williams was the chairman of UNC’s Philosophy Department and was much beloved by his students. One of them was the future author Thomas Wolfe. In his novel “You Can’t Go Home Again,” Wolfe wrote this about his favorite philosophy professor: “He was a great teacher, and what he did for us, and for others before us for fifty years, was not to give us his ‘philosophy’...but to communicate to us his alertness, his originality, his power to think.” Sen. Sam Ervin was another one of his students, according to a Web site. 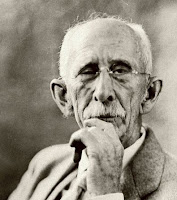 When he died in 1940, Williams bequeathed the house and his property to the University of North Carolina. In the 1970s, it became the home of the Preservation Society of Chapel Hill.

Many folks in Chapel Hill believe that the good professor never really left. They report that his ghost moves items around in the house as he sees fit. One former occupant of the place reported that as a child, she noticed many strange happenings in the old house. This included fire utensils being moved from one side of the fireplace to the other. Her sister supposedly had several conversations with Horace Williams’ ghost. The caretaker of the house has stated that a rocking chair sometimes rocks by itself and the toilets have flushed by themselves on some occasions, according to a Web site.

For us Tar Heel fans, all of this should come as no surprise. Once you’ve spent time in Chapel Hill, it is very hard to leave it. That is why we call it “the Southern part of heaven.” - by Mike Conley

The Horace Williams House was first built as a simple farmhouse in the 1840s. Benjamin S. Hedrick (a chemistry professor at UNC) bought the house and property from the University in 1855 for $300. Hedrick added on the House's unique "Octagon Room". The House went through several owners and renovations before finally passing into the ownership of Horace Williams in 1897. Horace Williams was the Chair of the University's Philosophy department and a favorite of most of his students. Upon his death in 1940, he bequeathed the House (along with all of his property) to the University. The House became a rental property for UNC faculty until finally coming under the management of the Preservation Society of Chapel Hill in 1973.

Many people feel that Mr. Williams still inhabits the House, and moves items around as he sees fit. One former occupant of the House, Catherine Berryhill Williams has stated that as a child there were many strange incidents in the house, including fire utensils being moved from one side of the fireplace to the other, and her sister having several conversations with Horace's ghost. The caretaker of the House has stated in radio interviews that there is a rocking chair that sometimes rocks by itself and that the toilets have flushed themselves on rare occasions. The rumors of haunting became so pervasive that a local organization, undertook an investigation that, unfortunately, turned up very little.

Investigation by Haunted North Carolina Paranormal Research & Investigations: his investigation was performed in cooperation with the Rhine Research Center in Durham, NC as part of a series of seminars hosted by various investigative groups. Attendees of the seminar were treated to a lecture Friday night by Kady Harrington and Jim Hall on investigative techniques, and were able to take part in an actual investigation on Saturday night. The investigation was led by Jim Hall and Micki Rowlette, with assistance from Seven's intern, Matt Abele. There were approximately 21 people present at the investigation, including RRC and PSCH staff, and representatives from the Chapel Hill News. The investigation began at 7:00 PM with a full walk through of the house. Jim took EMF readings in each room, Matt took temperature readings, and Micki sketched the layout of the house. EMF readings were highest in the Octagon Room and directly below the Octagon Room in the basement. After close scrutiny, these readings were attributed to the House's HVAC ducts and electrical wiring. After the walk through, the group was broken up into three smaller groups, with each group being assigned a different part of the house. The three locations were selected based upon prior reports of phenomena. Group A, led by Jim set up recording equipment on the side porch. Group B, led by Micki set up in the Dining Room and Office (formerly the bedroom where Mr. Williams was often seen). Group C, led by Seven associate Tony LeTourneau, set up in the Parlor. After 45 minutes, the three groups rotated positions. Although some present did claim to sense a presence in the house, no notable activity occurred and the entire group reconvened and called it a night at approximately 9:30 PM.

This investigation, while a great learning experience for the attendees, was an excellent example of several things NOT TO DO. It illustrated why large groups are difficult to work with, and also why we have to be so selective (and critical) with the investigations we accept. In order to maximize our opportunities to collect evidence, we tend to look for cases with recent and recurring activity, and unfortunately, the Horace Williams House just doesn't seem to have much of either. It is a beautiful, historic home that is well worth visiting for its historic value.

NOTE: I see a lot of references that this house is haunted but there is very little evidence to prove it. Feel free to comment if you have any information on the location...Lon