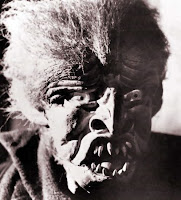 Some mythical creatures have their origin in tradition and tales from the distant past. However, each culture is associated with a multitude of interesting and odd creatures, many of these beings are humanoids. One of these legendary humanoids is the Banshee.

The Banshee, from the Irish bean-sídhe ("woman of the síde" or "woman of the fairy mounds") is a female spirit in Irish mythology, usually seen as an omen of death and a messenger from the Otherworld. Her Scottish counterpart is the bean shìth.

According to tradition, the Banshee can only cry for five major Irish families: the O'Neills, the O'Briens, the O'Connors, the O'Gradys and the Kavanaghs. Intermarriage has since extended this select list. The Banshee can appear in a variety of guises, most often as an ugly, frightening hag, but can also appear as a beautiful woman of any age. In some tales, the figure who first appears to be a Banshee is later revealed to be the Irish battle goddess, the Morrígan. The hag may also appear as a washer-woman who cleans the blood stained clothes of those who are about to die. Although not always visible, her mourning call is heard, usually at night when someone is about to die and usually near woodlands. The Banshee may also appear in a variety of other forms, such as that of a crow, hare and weasel, most any animal associated in Ireland with witchcraft. Banshees are frequently described as dressed in white or grey, often having long, fair hair which they brush with a silver comb.

In 1437, King James I of Scotland was approached by an Irish seeress or banshee who foretold his murder at the instigation of the Earl of Atholl. This is an example of the banshee in human form. There are records of several human banshees or prophetesses attending the great houses of Ireland and the courts of local Irish kings.

In Welsh folklore, a Banshee-like entity is referred to as the Hag of the Mist (Gwrach-y-Rhibyn or the Cyoeraeth). Like the Banshee, the Hag of the Mist is portrayed as an ugly woman, whose shriek or cry is said to forewarn of misfortune or death. Often invisible, she can sometimes be seen at a crossroads or stream when the mist rises. If it is death that is coming, the name of the one doomed to die will be heard in her "shrill tenor". The misfortune may be coming to the person hearing her voice, or to someone in their family.

There are also tales of a Banshee in the Badlands of South Dakota. Thought to have been either a white victim of a red man's jealousy or an Indian woman who was killed there, the Banshee's cries have chilled the blood of many cowboys and prospectors. By moonlight, when the scenery is most suggestive and unearthly, and the noises of wolves and owls inspire uneasy feelings, the Banshee is seen with her hair blowing, her arms tossing in strange gestures.

If war parties, emigrants, cowboys, hunters, any who for good or ill are going through haunted country, the rocks are lighted with phosphor flashes and the Banshee sweeps upon them. As if wishing to speak, or as if waiting a question that it has occurred to none to ask, she stands beside them in an attitude of appeal, but if asked what she wants she flings her arms aloft and with a shriek that echoes through the blasted gulches for a mile she disappears and an instant later is seen wringing her hands.

Sometimes the Banshee is accompanied by an unfleshed skeleton that trudges about the ash and clay and haunts the camps in a search for music. If he hears it he will sit outside the door and nod in time to it, while a violin left within his reach is eagerly seized and will be played on through half the night.