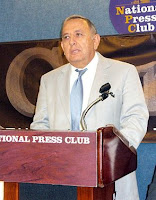 technorati - Despite the U.S. military’s insistence that UFOs ceased to be of any scientific or national security interest after publication of the Condon Report in 1968, nuclear missile installations around the world have been a frequent target of UFO activity and, in some cases, otherwise inexplicable shut-downs.

This is a fact verified by both government documents obtained through FOIA requests, as well as eyewitness testimony.

One such incident occurred at Malstrom AFB, home of the 341st Missile Wing in central Montana. On the morning of March 16, 1967, Deputy Missile Combat Crew Commander (DMCCC) Robert Salas was on duty inside Malstrom’s subterranean Oscar-Flight Launch Control Center (LCC) capsule near Roy, Montana when he received a call from a “clearly frightened” topside security officer reporting that a UFO was hovering over the front gate.

Alarms sounded moments later as, one after another, up to eight Minuteman missiles went into “no-go” (inoperable) condition.

On September 27 of this year, Robert Salas, together with UFO researcher Robert Hastings, will host a press conference at the National Press Club addressing the issue of UFO interference with nuclear missile facilities over the years.

This interference, widely-known and well-documented, is glaringly inconsistent with the U.S. military’s repeated statements that it has no interest in UFOs. According to Hastings, more than 100 former U.S. Air Force nuclear weapons installation personnel have come forward with information that contradicts the military’s no-see-um stance.