From 'Mysterious Universe': As our Plus+ members will recall we interviewed David Eckhart a little while ago about his fascinating encounters and this week he returns to share more detail on his 10+ years of abductions.

Eckhart describes stunning scenes of invasive, physical surgery along with newly revealed accounts that will send a chill down your spine.

We also delve into the theory of inter-dimensional Bigfoot and hallucinations. While Plus+ members will discover what it feels like to be pursued by an evil entity

NOTE: I have posted the link to the 1st interview below...Lon 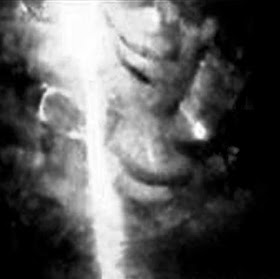 Benjamin Grundy and Aaron Wright of Mysterious Universe were kind enough to forward a special edited version of their interview with experiencer David Eckhart - The Eckhart Encounters Interview - Phantoms and Monsters Readers Edition. There are other interviews planned including recollections from David's family.

We are currently in the process of reviewing images of a 'worker' being that David captured (pictured) on video as well as other evidence that has recently become available. At one point, David was sending video and other evidence to his sister and father for safe keeping. He states that the alien beings were aware that he was attempting to tape the encounters and, on several occasions, they had searched for and seized material from David's home. I hope to begin examination of these tapes within the next few weeks.

David described these creatures as humanoid and somewhat similar to the Reptilians, though they are smaller in stature. Images of the head and part of the face of this particular 'worker' being were captured by a video camera that was positioned near a sofa...a location where David had witnessed these beings previously. Stay tuned...Lon 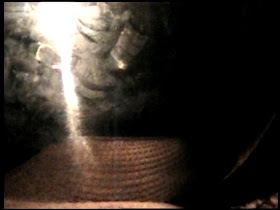 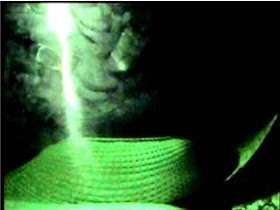 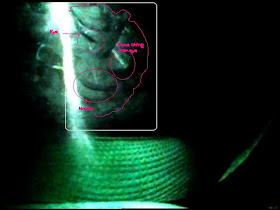