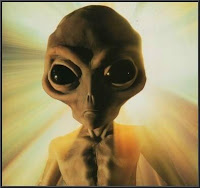 I plucked this abduction report (unedited) from the MUFON Case Management System today. Honestly, I don't know how many, if any, of these abduction cases are investigated by MUFON but I usually like to glean the report for as much information as possible so I can do a followup. If the witness finds this post, please feel free to contact me...Lon

Please, this is a true story that took place on December 23rd of 2009. I was in Prince Albert, Saskatchewan and there is a local legend of a ghost train that appears on an old railroad track located in the woods just off an out of town road. I decided to check it out as I was on my way to town. It was 1AM. I was driving for a while and I decided I needed a stretch, have a few cigarettes and get back on the road. I parked just off the road and made my way through the field to the woods. It was extremely dark. I heard some quick footsteps. I got scared but figured it must've been a baby deer or a fox or something. I remember then smelling a strong odour. It smelt like chemicals, strong enough to make you cringe and tingle your brain. That's the last I remember of being in the woods. I must've passed out but I awoke and I was being led in a dark hallway. Something was communicating with me. It told me "not to worry," and that "you will not be harmed." For some reason I trusted it. The platform we were walking on seemed to cushion my every step. The creature appeared to be communicating with others but I couldn't see anything else. Finally we approached this spherical room. We entered but nothing was in there. Just two weird looking seats and the entrance. A dim bluish light illuminated from above. At this point, I thought I was dreaming. The "thing" that was leading me appeared to be some sort of creature. It invited me into one of the seats as it took the other. This is where I observed its appearance. It was very short. It had dark skin. It had a large head with two large dark eyes. It had a visible nose but no visible ears or mouth which is weird because it had a voice. It also had long limbs and long fingers. It appeared to have some sort of engraving on it's chest. It also appeared to be injured. This creature and I had a conversation. It spoke to me.
It asked me, "What are you?"
I responded, "I'm a human being."
It then asked me, "And this is your home, Earth?"
I responded, "Yes. Why are you here?"
It paused for some brief moments. Then it said, "Because the humans will face the exact same fate that the Ithileceus faced. The creature stated "Ithileceus". I'm guessing that's how you spell it and I'm guessing that's the race of the creature.
I asked, "And what's that?"
It replied, "Extinction."
Before I asked another question, it continued. "If the humans don't build an Ostisuphrymicous, during the year 2065, they will perish and your world will become their world."
I asked, "What's an Os-tis-u-phrym-icous?"
Then a small desk appeared from above us and landed in between us. A small sphere appeared. It seemed to emit some sort of energy. The creature just stared at it. It started to glow and I felt all my energy drain from my body. Then it stopped glowing. I felt exhausted and vulnerable. The creature said, "This one was built for use against your kind just in case you happened to portray some level of hostility. But after some observation, your kind is at most, harmless. We used the last of our resources to build it."
I can't describe the sphere with words. I probably could only draw it. I asked the creature, "Where are you from?"
The creature replied, "I am from a place far more advanced than this one. Approximately a thousand times more advanced. But my home is now home to invaders. My race was completely destroyed. I as well as a few others are all that remain in existence."
I asked, "Why are you helping us?"
The creature replied, "It is in our nature to aid those that we cross paths with. It appears that your planet is in a collection of several planets and as a group, appears to be in the path of the invaders that have taken our planet. I am simply warning you of what's to come."
I still believed I was dreaming. The creature seemed to be able to read my thoughts and my feelings. The creature said, "As victims in a massive slaughtering, this makes us brothers in this universe. If you don't survive, at least you will die fighting."
I tried to comprehend everything that was being told to me. But I just couldn't believe it. The creature extended it's hand out as to shake my hand. I reached out too and as our hands touched I went unconscious. The next thing I know, I awoke in my bed. My clothes were still on, as well as my shoes. But my watch was missing. So was my wallet, my phone, my Ipod, my cigarettes and my lighter. I looked outside and my car was nowhere to be found. I asked a friend to drive me where I had stopped the night before. My car was still there but nothing else was found. I called my phone several times using my friend's cell and each time there was an automatic pick-up. Each time I heard a weird humming noise, like a light saber and occasionally a beep. During the fourth call, it cut and all I got was the operator voice telling me the number was not assigned. After that day, I had several dreams of a global takeover, more than 6 to be exact. This incident is truly chilling and disturbing and I've questioned our reality and my existence ever since. This is a true story. Please believe me. This incident happened to me. Please e-mail me if you want to see the pictures I drew of the sphere and the creature: [cms/tg/pid] The creature warned me of the year 2065.

NOTE: Again, if the witness in this report happens to read this post, please contact me at this email link or at lonstrickler@phantomsandmonsters.com ...Lon